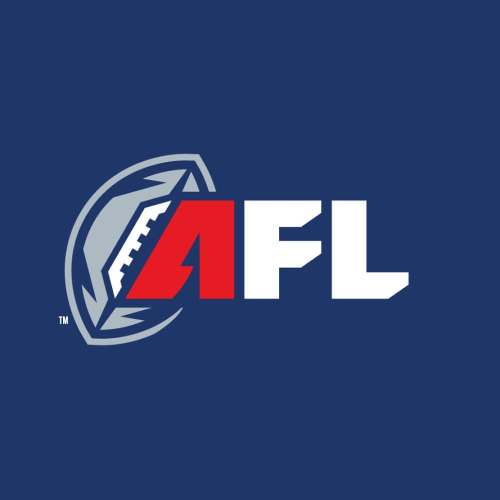 Shown is the Arena Football League's new logo, revealed in late December. Commissioner Randall Boe said the logo "represents the new direction" of the league, including a "uniquely modernized and gamified experience for fans." AFL is using the hashtag #BetOnUs across all digital platforms in 2019, as it focuses on sports betting "to help drive fan engagement and excitement," according to Boe.

The National Football League free agency period will begin on Wednesday, March 13, and will surely draw attention in Philadelphia, especially if Harper's recruitment of Pro Bowl running back Le'Veon Bell to the Eagles is successful.

But first, there will be another free agency period opening before the Eagles', and it just so happens to be Philadelphia's other pro football team — the Arena Football League's (AFL) Philadelphia Soul.

The AFL free-agency period will begin this Monday, March 4, the league announced Friday afternoon. Also, three weeks prior to the Soul's season opener on Saturday, April 27, they will have two weeks of training camp, followed by "game-week practice" in preparation for Week 1, home against Atlantic City.

“This is a great time of the year for AFL players, coaches, and of course, our wonderful fans, as our six teams work to select players and fill rosters,” said Randall Boe, Commissioner of the Arena Football League. “We’re all looking forward to the kickoff of the AFL season on April 26.”

Unlike other professional leagues, where there is free rein to sign lengthy contracts like Harper's 13-year deal, AFL players can only be signed to one-year contracts, per the league's agreement with the AFL Players Union.

"All eligible individuals who finished the 2018 season on a team’s roster, along with those who did not participate in the AFL in 2018, are considered free agents and therefore are eligible to sign with teams at the start of free agency," according to the league.

The Soul, and the AFL's five other teams (Albany Empire, Atlantic City AFL, Baltimore Brigade, Columbus Destroyers, Washington Valor) can sign 35 players to its initial roster. Rosters will be reduced to 24 during next month's training camp, ahead of the league's 32nd season commencing on April 26.

“We think that the AFL’s unique free agency rules gives every team, including the newest teams in Atlantic City and Columbus, an opportunity to build a winning franchise and makes for an exciting, competitive league,” said Boe.

Each team — including the two expansion teams in Atlantic City, NJ, and Columbus, OH — will play 12 games over the course of 13 weeks. The expansion teams will hold tryouts "in the coming weeks," according to the league, with Atlantic City’s tryouts scheduled for Saturday, March 30, at Total Turf Experience in Pitman, NJ. Columbus' tryouts will be announced at a later date.