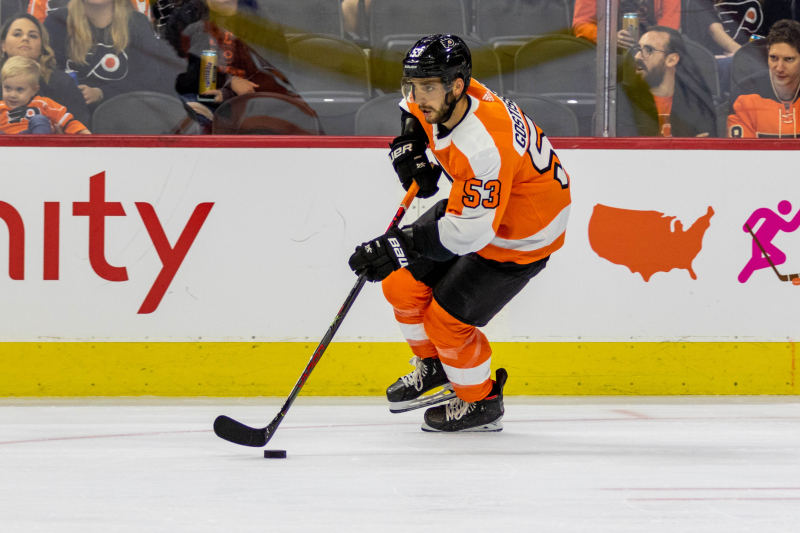 The start of a new season is a new beginning and for the Flyers, that is certainly very true.

GM Chuck Fletcher is still fairly new after being hired last December and completed his first offseason by making several changes to the roster. There is a new head coach and assistants behind the bench. There are plenty of new faces on the roster.

With the new season comes storylines that are worth watching as the year progresses. Here are 10 that you should watch for in the 2019-20 season.

The Alain Vigneault Effect – It’s no secret that Alain Vigneault has had success with teams in his first year behind the bench. He took the Rangers to the Stanley Cup Final in his first year in New York. He improved Vancouver’s performance by 13 points to win the Pacific Division in his first season there. So there’s a history of early success. It remains to be seen if it will happen right out of the gate, but the Flyers franchise could certainly use a jolt, and Vigneault may be the perfect guy to provide it.

Franchise Goalie? – For a change, the big topic going into the season is not goaltending. It was the first position during camp that was down to the roster minimum and decided well before the season began. Something changed for the Flyers when Carter Hart was called up last season. Do the Flyers finally have a franchise goalie? It sure appears that way, and Hart is definitely the catalyst to the upcoming season.

When Will Joel Farabee and Morgan Frost Get the Call? – It’s not a matter of if but when with prospects Joel Farabee and Morgan Frost. Both were on the Flyers roster as the roster size dipped below 30 players, making them some of the final decisions the team was facing before the start of the season. Both will get their feet wet professionally with the Lehigh Valley Phantoms and if success starts to come easily for both, it could be impossible to hold them back any longer. The call for both players could come as early as the first month of the season if that’s when a spot opens, but for now, both have to play the waiting game.

Another Slow Start in Store? – Something that has plagued the Flyers for the last several seasons has been slow starts. While another one would be typical for the Flyers, as has been the case in the last few years, could a slow start this season actually be easy to predict? The Flyers did not have a great preseason by the results and they have a demanding travel schedule early, having to go from preseason games in Boston and New York to Switzerland to Czech Republic before finally returning home. After playing one game in front of the Philly crowd, they have their Western Canada trip. That’s a lot of early mileage for a team that is still trying to build chemistry.

The New Guys – The Flyers added Kevin Hayes up front and bolstered the blue line with Matt Niskanen and Justin Braun. An early challenge for the Flyers is to get them solidified into a lineup spot as early as possible. Hayes should give the Flyers two complete lines, now that a capable second-line center is in the mix. Niskanen and Braun can add some stability and veteran leadership to the back end.

The Penalty Kill – If keeping the puck out of the net is a large goal for the Flyers this season, having success on the penalty kill is a must. The Flyers actually looked pretty good on the PK in the preseason, allowing just three power-play goals, including two in the Switzerland game that did not count toward NHL preseason stats. The Flyers have been bottom-dwellers in league PK rankings over the last few years. Even a modest improvement to the middle of the pack will be a welcome sight.

A Bounce-Back Year for Defensemen – For Shayne Gostisbehere and Ivan Provorov, the 2018-19 season was a long and trying one where success did not come easy. Provorov had his defensive struggles throughout the season, only finding consistency as the second half of the year progressed. Gostisbehere was not the offensive dynamo he had been the previous season when he put up 65 points. Both could be poised for bounce-back seasons, especially under a new system and with more stable defensive partners.

Buy or Sell? – This is a storyline for later in the season, but an important one because it will tell where the Flyers are this season. Will the Flyers be in the position that they have been for years and be sellers at the trade deadline or will they be in a position to make a buying move that improves their chances of making the playoffs or winning a playoff series? Time will tell, but with a new GM in place and having placed his own stamp on the team in the offseason, the decision-making process could be very different from years past.

Finding Consistency – It’s been said for several years now, but for the Flyers to be a success story this season, they need to find consistency. The Flyers did manage to put together an eight-game winning streak last season, but not much that was ever close to that. The biggest thing for the Flyers consistency is avoiding losing back-to-back games and having that snowball into three, four or five-game losing streaks.

Breakout Season? – There are a few players you could look at that could be in for breakout seasons. Sean Couturier has had back-to-back 76-point seasons, but could he be in for even bigger things this season? Travis Konecny, Oskar Lindblom and Nolan Patrick are also all players that could take a step forward in their development. Konecny could be poised for a 30-goal season if he consistently stays on the top line or gets extended power-play time. Lindblom and Patrick have been modestly used over the years, but could take things to another level this season. Of course, for Patrick, he needs to be healthy first.