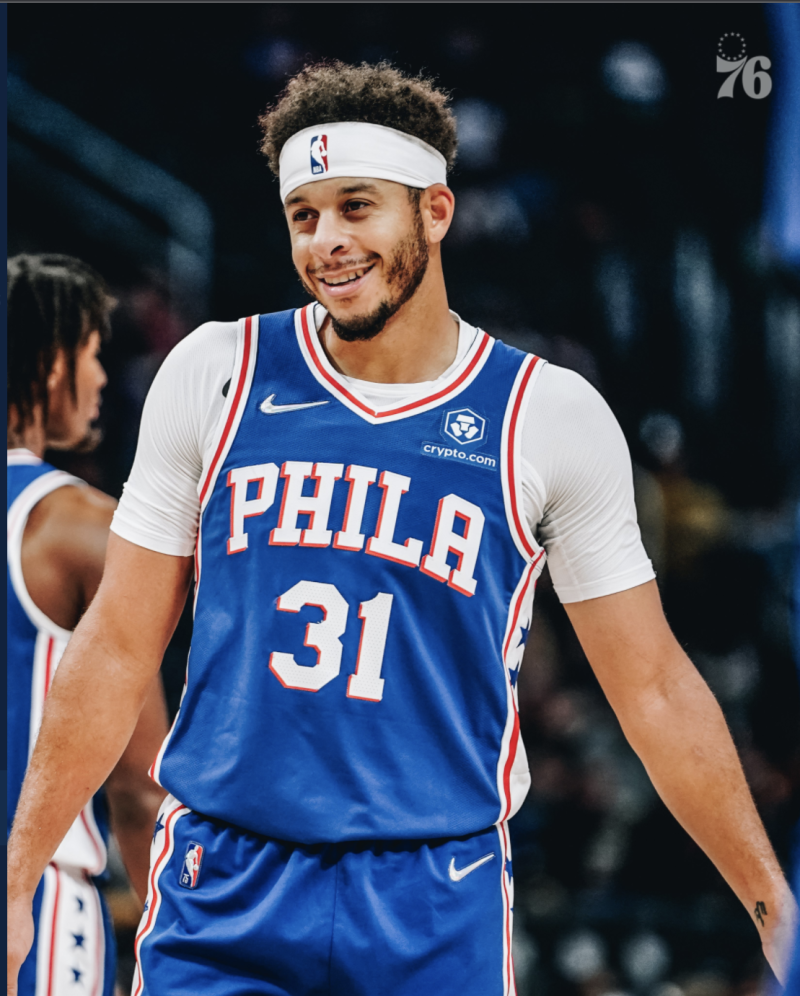 The Philadelphia 76ers sit atop the Eastern Conference standings at 7-2. The team is riding a five-game winning streak despite being without multiple starters. In this edition of Sixers observations, I dive into Seth Curry's hot start, the strides Tyrese Maxey made at point guard and more.

Seth Curry on pace for best season of career

One positive note to take away from last season's playoff debacle against the Atlanta Hawks was the play of Seth Curry. He averaged 21.0 points per game while shooting 58.3 percent from the field and 59.1 percent from beyond the arc. He showed everyone he was capable of producing at an elite level and was one of the main reasons the series went to seven games.

Curry did not miss a beat coming into this season, picking up right where he left off in the playoffs. He is averaging a career-high 17.8 points per game and is currently second in the NBA in three-point percentage (53.1 percent). He is a big reason why, despite all the injuries and Joel Embiid's offensive struggles, the Sixers are off to a 7-2 start to the season.

In addition to his elite three-point shooting, Curry's ability to attack off the dribble has been extremely impressive. The 31-year old is showing he is more than just an outside shooter. His field goal percentage is also at a career high, 61.6 percent, and he is doing it while increasing his shooting volume to a career-high 11.0 shots per game. His field goal percentage on two-point shots is a ridiculous 70.0 percent, which when combined with his insane three-point shooting ability makes him nearly unstoppable.

The sample size is small as the team is only nine games into the season, but if Curry can even remotely come close to these numbers over a full season the 76ers will be in fantastic shape.

After the first four games of the season, it looked like Maxey was going to struggle adjusting to playing point guard and running the offense. His struggles would be understandable considering his age (21 years old) and the fact he never played as a traditional point guard before. However, Maxey really began to take some positive strides over the last handful of games.

Maxey's numbers this season currently stand at 14.7 points, 3.1 rebounds, 4.3 assists and only 1.8 turnovers per game. One of the things that stood out the most when watching Maxey play over the last five games is his increased confidence and comfortableness making decisions running an offense. He is making each decision with confidence, whereas the first four games of the season he was hesitant at times.

There will be some ups and downs along the way, but at this stage it is clear that Maxey has the potential to be at the very least a serviceable point guard in the future.

I briefly mentioned this at the top of the article, but this 76ers team has really shown a ton of grit and character over the past few games. Obviously the Ben Simmons saga is ongoing and will continue to be a major distraction until it gets resolved. Embiid is not playing like himself offensively, averaging 20.4 points (41.2 percent from the field) and 8.8 rebounds. Then, this past week presented a new slew of issues for the team to deal with.

Tobias Harris went into the NBA's health and safety protocols after testing positive on November 1. He will miss at least the next 10 days, if not more, as he makes his way through the protocols. Danny Green hurt his hamstring in the game against the Portland Trail Blazers on November 1 and has been out the past two games with left hamstring tightness. On November 4, Isaiah Joe entered the NBA's health and safety protocols.

Things only got worse as Furkan Korkmaz missed the game against the Detroit Pistons with wrist soreness. This, combined with Harris and Joe being in the COVID-19 protocols and Green being out with hamstring tightness, left the Sixers perilously short of wing depth.

How did the team respond? By continuing to win games. They beat the Pistons 109-98 despite running only an eight-man rotation. Different role players have been stepping up each game to help the team maintain its momentum despite having every reason to start losing. It is stretches like the past week that are so necessary for a team to build character, something often seen in teams who go on to win the title.