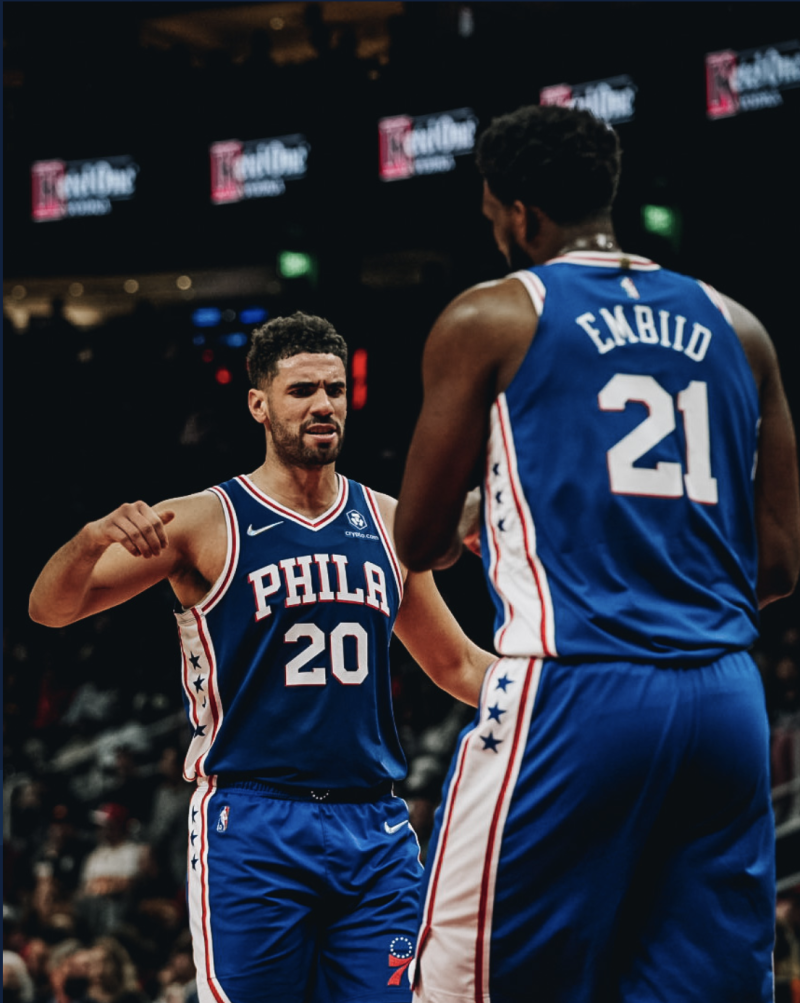 The Philadelphia 76ers have, in many ways, been through a roller coaster ride to begin this season. They were one of the hottest teams in basketball after the first handful of games, but then COVID-19 went through the locker room. A plethora of players, from All-Stars Joel Embiid and Tobias Harris to role players like Matisse Thybulle, missed time with the virus. All the missed time resulted in the team hanging around .500, where they currently sit at 12-11 and in eighth place in the Eastern Conference. The team is just now getting back to a semblance of normalcy, with Embiid back and getting his legs under him and the team pulling out big wins like the one on Friday night against the Atlanta Hawks. In this edition of Sixers observations, I dive deeper into Embiid's play since his return, the team's rough offense and more.

Joel Embiid's return to the court

Embiid's performance has been a mixed bag since returning on November 27 from a nine-game absence due to being in the NBA's health and safety protocols. He quickly re-established his presence on the court, dominating Karl-Anthony Towns and anyone else the Minnesota Timberwolves attempted to guard him with. While the Sixers wound up losing in double overtime, Embiid finished with 42 points and 14 rebounds.

It seemed as though the big man came back in stride from his layoff due to getting COVID-19. However, things were not all smooth sailing for Embiid. Over the following two games, Embiid labored and really struggled to get anything going offensively. He averaged 14.5 points while shooting a terrible 21.2 percent from the field and 65.0 percent from the free-throw line. This included a 13-point performance on 3-of-17 shooting in a loss to the rival Boston Celtics. Despite the shooting struggles as he gets his legs under him, Embiid still produced in other areas. He grabbed 18 rebounds in the loss to the Celtics while dishing out six assists and committing no turnovers.

Embiid recovered well in the team's big win over the Hawks on Friday night. He played a major role in the 76ers overcoming some poor stretches of play during the game and being without Tobias Harris (non-COVID illness). He finished the game with 28 points and 12 rebounds while also making multiple good reads out of the double teams Atlanta was throwing at him.

It is clear that Embiid is still getting his conditioning back to normal after missing nearly three weeks of action. However, his performance against the Hawks was a great sign towards him getting back to his normal level of play.

How has Embiid's return affected the 76ers offense?

Getting Embiid back out on the court is obviously a great thing for the 76ers. However, the offense at times since he came back has been slow, clunky and unoriginal. The Sixers already hold the slowest pace of play in the league (96.17), but over the last four games since Embiid's return it has been even slower (95.05). Naturally, running an offense around the big man will result in a slower pace of play.

With the 76ers, the offensive issues this season have not come entirely from a slow pace of play. The offense looks clunky and unoriginal at times, especially more so with Embiid in the lineup.

Playing without Embiid this season allowed Tyrese Maxey to showcase his improved abilities both running the offense and as a scorer. Maxey, in the games Embiid missed this season, averaged 23.7 points and 4.6 assists while shooting 48.8 percent from the field on 17.8 attempts per game. The second-year guard played with more freedom as the focal point of the team's offense. In the four games since Embiid returned to the lineup and the offense reverted back to running out of the post, Maxey's averages sinked to 10.3 points and 6.0 assists per game. His field goal percentage went down to 28.0 percent on 12.5 shots per game.

This presents the question of whether Embiid and Maxey can co-exist on the floor together. It is much more likely Maxey is going through a cold shooting stretch over the past four games. In the first 10 games of the season (seven of which came with Embiid also in the lineup), Maxey averaged 14.2 points and 4.7 assists. He made 51.9 percent of his attempts while taking 10.8 shots per game over that stretch. Embiid and Maxey can clearly co-exist and prosper on the court together, but is it the best way to utilize them?

Head coach Doc Rivers should help the offense on a variety of fronts by staggering Embiid's and Maxey's minutes throughout the game. There should be no time during the game where at least one of Embiid or Maxey are not on the floor anchoring the offense. Having Maxey play more minutes leading the second unit will help provide the bench offense with more cohesion and energy. With Embiid on the floor, the team can run its offense out of the post. With Maxey on the floor, the team can run a more free-flowing fast-paced offense.

With all of the COVID-19 issues which ran through the 76ers locker room this season, having a player who stayed healthy and played with consistency proved even more important than usual. For the 76ers, Seth Curry has been that player this season.

Curry has been the team's most consistent player this season, and he has done it playing in 21 of the team's 23 games. Not only has he been consistent, he is also having a renaissance season. If fans were impressed with his performance last season, he has taken it to heights he has never reached before.

He increased his points per game from 12.5 in the 2020-21 season to 16.3 this season. He is shooting slightly worse from beyond the arc (45.0 percent in 2020-21 to 42.7 percent this season), but he has taken a major leap in his overall field goal percentage. His field goal percentage increased from 46.7 percent in 2020-21 to 51.2 percent so far this season. Not only has his percentage gone up, he is also taking nearly two more shots per game.

Curry has evolved his game into being more than just a catch-and-shoot player from beyond the arc. He is now taking more attempts per game and utilizing his ability to penetrate into the paint or swing the ball around the arc to open up more options for him offensively.

We will continue to observe how the 76ers offense continues to evolve and mature throughout the season, something which needs to occur if the team is to ultimately reach their goal of winning a championship.