Why Paul Reed, Despite Lack of Experience, Should Receive the Sixers’ Backup Center Minutes in the Playoffs

Backup center has been a recurring issue for the Philadelphia 76ers over the last six seasons. Will it continue to plague them in the playoffs this year? The answer to that question depends a lot on head coach Doc Rivers and how he chooses to handle the backup center minutes in the playoffs.

Rivers tends to put his trust in veteran players, and the Sixers have been giving DeAndre Jordan an opportunity to resurrect his career by backing up MVP candidate Joel Embiid on a nightly basis. The Jordan minutes, long story short, have not gone well since his arrival in Philadelphia. In 16 games as a member of the Sixers, he is averaging 4.6 points and 5.8 rebounds per game. The Sixers have lost the minutes with him on the court by an average of 2.4 points per game.

Jordan is a step slow defensively and teams are taking advantage of that whenever he is on the floor.

DeAndre Jordan's only job on defense is to help a bit around the rim and rebound for a few minutes. And here he just gives up an offensive board and then lets Hartenstein tip in another attempt without contesting/boxing out at all. pic.twitter.com/Yl41JyeOCZ

At this stage of his career, Jordan should clearly not be receiving important minutes on a team with championship aspirations. Are the Sixers doomed to have a major flaw in their rotation in the playoffs?

Paul Reed, up until three games ago, had not been given much opportunity to win a consistent spot in the rotation despite generally taking advantage of the brief opportunities he has had this season. Over the last three games of the regular season, Rivers gave Reed some time on the court and the DePaul product shined.

He plays with a ton of energy and produces well on both ends of the floor. Despite being undersized at 6-foot-9, he has the length necessary to be very disruptive defensively especially in the passing lanes.

Reed is also a good rebounder especially when considering the size mismatch he has against most centers in the league. The Sixers as a team are a poor rebounding team, especially on the offensive glass. They finished dead last in the league in offensive rebounds per game this season, grabbing just 8.5 per game. One of the things Reed excels at, due in large part to his energy and determination, is crashing the offensive glass.

In 14.2 minutes per game over the final three games of the regular season, Reed averaged 6.0 rebounds per game with 2.7 of them coming on the offensive glass.

Everything clicked for Reed in the final game of the season, a 118-106 win over the Detroit Pistons. He was a menace on both ends of the floor, dunking the ball multiple times on his way to scoring 25 points on 12-of-14 shooting in addition to grabbing six rebounds and recording four steals in 21 minutes off the bench.

However, Reed is still incredibly raw as a player. He commits a ton of fouls, averaging 4.3 fouls per game over the last three games of the season. However, the Sixers only need about 10 minutes per game from him in the playoffs and his foul trouble, while being an area he needs to improve on, should not be what holds the coaching staff back from giving him minutes.

Reed has proven to be a capable backup center, albeit in a small amount of minutes due to his penchant for getting into early foul trouble. He brings a ton of energy, often creating a sense of positive chaos, and is generally doing something beneficial when on the court.

With all that Reed has shown and proven over the team's final three games of the regular season, will Rivers trust him enough to give him the backup center minutes in the playoffs? When asked by members of the media after the win over the Pistons, Rivers began his answer with this:

"I’m not gonna go on a Paul Reed victory tour, so don’t start. We’re tying to win a world championship."

When pressed further, he gave an answer soaked with condescension where he further explained his thought process behind deciding who will play the backup center minutes going forward:

Let me clarify this one more time for everybody who struggles with this. When there’s a small lineup, we’ll play smaller with Paul [Reed]. When there’s a big 5, you play bigger with DJ [DeAndre Jordan]. Against big 5s, because of fouling, we like DJ. We have a whole coaching staff, who I’m just gonna guess knows a little bit more and they watch every game. They watch every practice. We believe against big 5s, DJ is good for us. We believe against smalls, Paul. Could we play Paul with a big 5? Yeah, you could. He may get in foul trouble early in a playoff game which could swing a game. I’ve been around a long time. Trust that.

The Sixers will be matched up against the Toronto Raptors in the first round of the playoffs. Toronto's tallest player is 6-foot-9, meaning Reed should, according to what Rivers said, get the backup center minutes. However, Rivers has not followed his own "guidance," breaking it multiple times within the past month of games.

Did those teams change in size? https://t.co/mh65XtL2Nd

Reed definitely played well enough when given the opportunity the last three games of the regular season to prove he is a better option than Jordan for the backup center minutes.

DeAndre Jordan in 16 games on the #Sixers:

Paul Reed, albeit in small sample size, over the last three games:

It's a travesty if Reed isn't in the playoff rotation

Reed is far and away a more productive player than Jordan and should be receiving the backup center minutes against any opponent regardless of size. It will be interesting to see if Rivers at least takes the first step and follows his own newfound guidance for playing Reed against smaller lineups such as the Raptors team the Sixers are about to face in the first round of the playoffs. 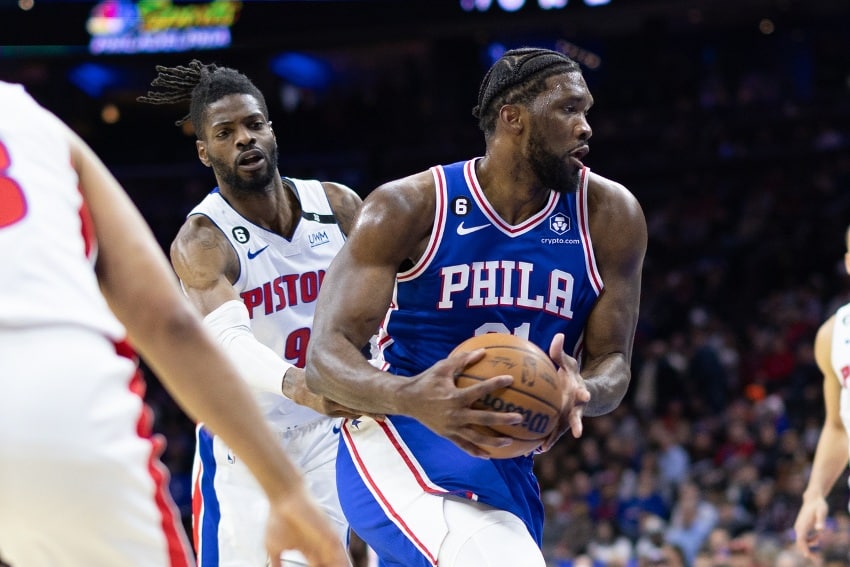 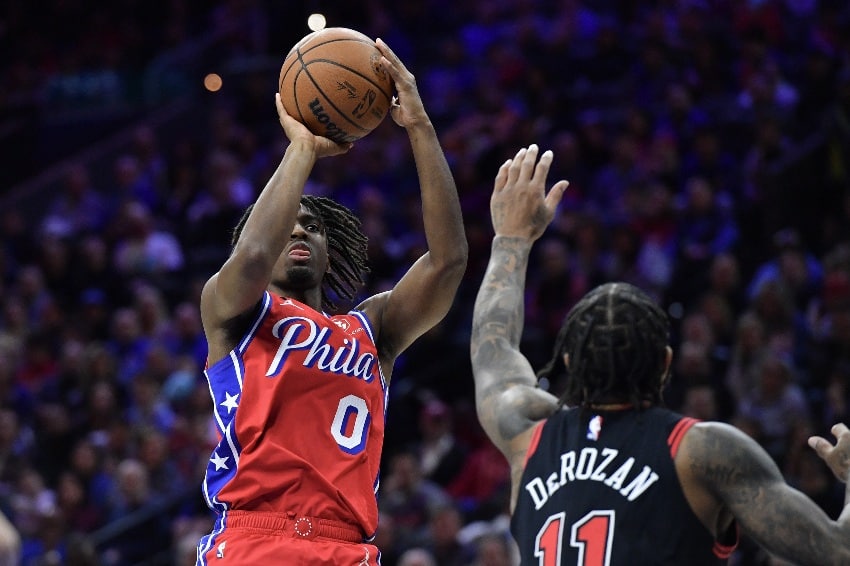