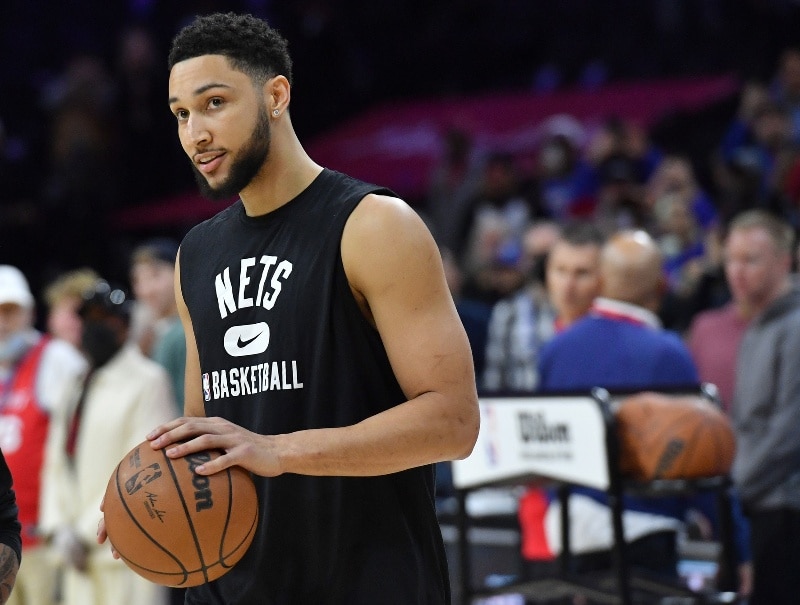 The saga between the Philadelphia 76ers and Ben Simmons, after lasting 14 months, took perhaps its final step. Things had a potential to get ugly, but the two sides reportedly came to an agreement on a middle-ground option. Adrian Wojnarowski of ESPN on Monday night reported the team and Simmons “reached a settlement agreement on the grievance Simmons filed to recoup a portion of the nearly $20 million withheld from him as a result of his failure to play games in the 2021-22 season.

Simmons cited mental health reasons for his failure to suit up for the Sixers last season. The team then proceeded to trade him to the Brooklyn Nets at the trade deadline. The Sixers, according to Wojnarowski, “maintained Simmons breached his player contract upon failing to show up for the start of training camp and refusing to play during the preseason and regular season.”

Back in early April, Simmons and the National Basketball Players Association (NBPA) filed a grievance against the Sixers in an attempt to recoup the nearly $20 million he lost last season. The two sides entered into arbitration, a process that could have further dragged things out between Simmons and the Sixers. Instead, the two sides came to a settlement agreement before the judgment came down in the arbitration case.

The exact amount of money Simmons is recouping in this settlement will remain unknown. Wojnarowski also reported “both sides agreed to confidentiality on the exact financial settlement reached.”

A behind-closed-doors settlement is what is best for all parties involved. Simmons comes away with some level of recuperation. The Sixers get to have their hands clean of the whole Simmons ordeal once and for all. Their full focus can now be on the championship-contending team they have on the court this coming season.

How does this affect the remainder of the NBA?

An indirect subplot of the Simmons saga is the effect it can have throughout the remainder of the NBA. One area of disagreement between the Sixers and Simmons was the level of documentation Simmons was sharing with the team. Kyle Neubeck of PhillyVoice delved further into the disagreement in his piece on the settlement agreement:

Simmons would not see the supplied team doctors to address what his agent described as, “mental health issues,” and though reports suggested he had seen someone through the NBPA, the Sixers never received documentation that provided them with either an explanation for his absence or a treatment plan to put him in a position to be available at some point this season. League sources who spoke to PhillyVoice in the fall described the process as no different from if a player saw an outside specialist for a bone break or ligament tear, the team needing to be kept in the loop regarding what an injury is and how it’s meant to be dealt with.

Simmons’ lack of communication and documentation with the Sixers last season played a major role in how the team elected to handle the situation.

The settlement agreement between Simmons and the Sixers can potentially have a wide-ranging effect throughout the league. This opens the door for other players to potentially miss time, claiming they are hurt, while simultaneously failing to provide the proper documentation to their respective team.

The settlement agreement, likely seen as a big win for Simmons, sets a bad precedent for the NBA moving forward. Kevin Durant, who is attempting to force the Nets to trade him, can potentially use this case as leverage to refuse to play until the team trades him.

Expect this to be a major piece of negotiations between the NBA and NBPA in their next collective bargaining agreement. The outcome of the Simmons-Sixers case adds to the growing evidence the NBA is moving towards the player empowerment era. The current CBA, barring a mutual opt out in December 2022, runs through the 2023-24 season.

While the settlement agreement works out well for both Simmons and the Sixers, it leaves a whole host of questions looming over the NBA.