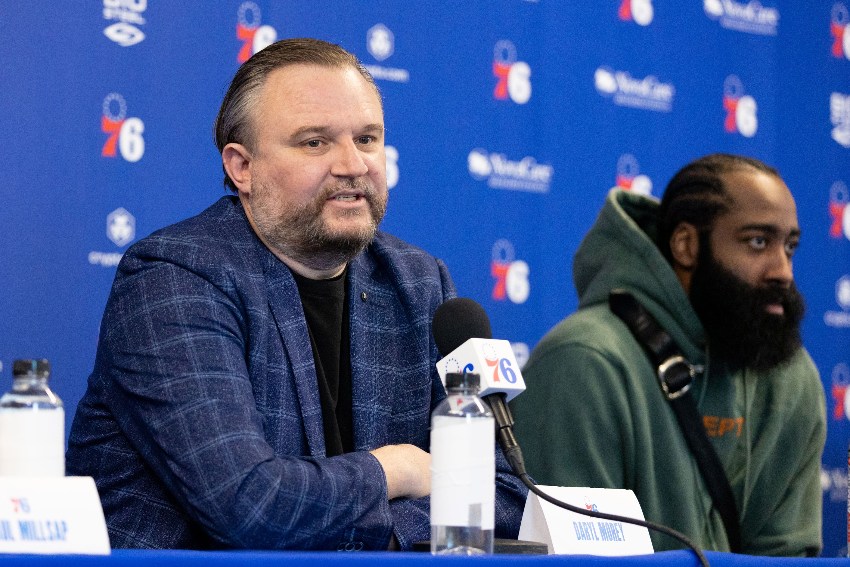 The NBA announced on Monday they have docked the Philadelphia 76ers’ second-round picks in the 2023 and 2024 NBA drafts. The penalty comes as a result of the league’s tampering investigation into their offseason conduct around free agency last offseason.

The league found that the team “engaged in free agency discussions involving two players (P.J. Tucker and Danuel House Jr.) prior to the date when such discussions were permitted.” The Sixers released a statement shortly after the news broke. The content of the statement was as follows: “The Philadelphia 76ers fully cooperated with NBA’s investigation and acknowledge the league’s ruling. We’re moving forward, focused on the season ahead.”

According to Shams Charania of The Athletic, the league found no wrongdoing in the pay cut James Harden took last offseason.

The bigger story is the league not finding the Sixers guilty of wrongdoing regarding Harden’s $15 million pay cut. There was a lot of scrutiny around the league after Harden took that pay cut. The move allowed the Sixers to have the salary cap space to sign Tucker to a three-year, $33 million contract and House Jr. to a two-year, $8.4 million contract. Any potential punishment regarding what would have amounted to salary cap circumvention would have been much greater than the docking of two second-round picks for the early contact with Tucker and House Jr.

Being low on tradable draft compensation can potentially hurt the Sixers in future trade negotiations. However, the team is clearly focused on the present as they attempt to compete for a championship in the coming seasons.

The NBA has now completed its investigation into the Sixers’ conduct from last offseason. The lone penalty the team is receiving stemming from the investigation is the docking of two second-round picks. For any team with championship aspirations, that punishment is not likely going to serve as a deterrent. The league’s tampering enforcement remains poor. However, ESPN’s Adrian Wojnarowski reported the NBA and NBAPA are “expected to revisit the rules” around the start of the official free agency period.

The league’s investigation into the Sixers is now complete. All attention can once again move toward their play on the court this season.