Sixers Pick Up Club Options for Maxey, Springer for 2023-24 Season 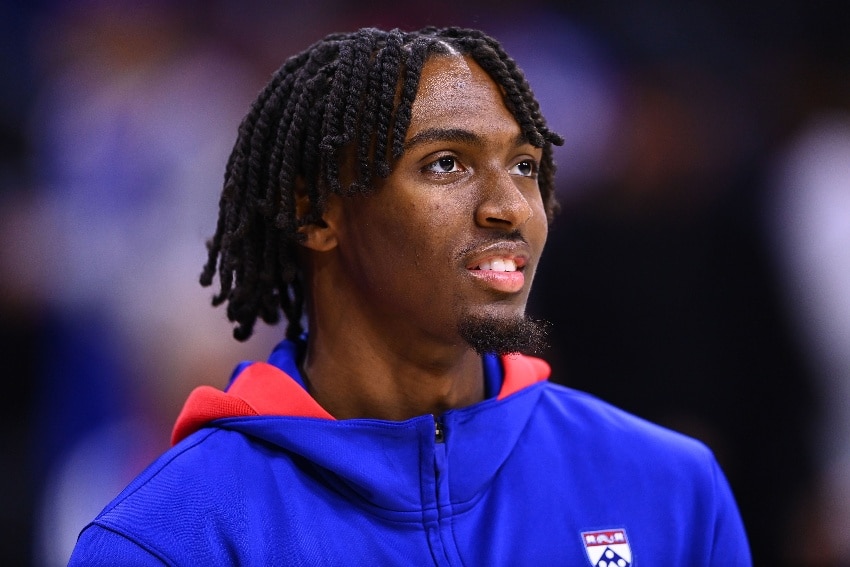 The Philadelphia 76ers announced on Sunday night they are picking up both Tyrese Maxey’s fourth-year option and Jaden Springer’s third-year option for the 2023-24 season.

The deadline for teams to pick up rookie-scale options is Monday. After the way Maxey performed thus far in his young career, it is not shocking to see the team elect to exercise his club option. The 21-year-old is off to a great start this season, already putting a 44-point performance under his belt. Through the first seven games of the season, he is averaging 22.6 points, 3.7 rebounds, 3.4 assists and 1.1 steals per game while shooting 50.4% from the field and 46.8% from 3-point range. It already has become clear Maxey is going to be an important piece in the core of the Sixers’ roster.

Springer, who the team selected with the 28th pick in the 2021 NBA Draft, oozes defensive potential. However, his offense is still very much a work in progress. By picking up his club option, the Sixers clearly still believe in his long-term growth. The 20-year-old is currently outside of the team’s rotation. He will likely spend most of his time this season continuing to develop down in the G League for the Delaware Blue Coats.

According to Spotrac, Maxey’s club option is worth $4.3 million while Springer’s option is worth $2.2 million. The Sixers, in addition to Maxey and Springer, now have Joel Embiid, Tobias Harris, P.J. Tucker, De’Anthony Melton and Furkan Korkmaz under contract for the 2023-24 season. James Harden, Danuel House Jr. and Montrezl Harrell have a player option for the 2023-24 season. Matisse Thybulle is currently playing on his fourth-year club option. He will become a restricted free agent at the end of this season.

Maxey is now under team control through the 2023-24 season. It will only be a matter of time until the Sixers look to give him a long-term extension. His current level of play has him set to earn a major payday when that extension comes. Some recent examples of rookie-scale extensions in his current price range include Tyler Herro signing a four-year, $120 million extension with the Miami Heat and Jordan Poole signing a four-year, $123 million extension with the Golden State Warriors. For now though, exercising his fourth-year club option is a no brainer.

Picking up Maxey’s fourth-year club option is also important for lining up the salary cap over the coming seasons. Harris’ contract comes off the books after the 2023-24 season. This perfectly lines up with when Maxey’s presumed extension will kick in. Embiid, Tucker (on a player option) and Springer (on another club option) are the only players under contract for the 2024-25 season.