Philadelphia Phillies: Recently Designated Mike Cameron is Worth a Look 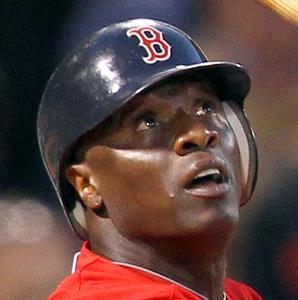 Before Thursdays game, despite being down an outfielder with the injury to Carl Crawford, Cameron was desginated for assignment by the Red Sox.

What Cameron is:  a right-handed outfield veteran with a great deal of respect and an impressive resume.  He is also coming off an injury and batted just .149 so far this season in limited action.

What Cameron is not: the young, vibrant centerfielder that was the centerpiece in a Ken Griffey Jr. trade.

In this Boston Globe piece about his release, Red Sox GM Theo Epstein is quoted as saying:

"Because of his advanced age, despite the great shape he keeps in, when he had the significant internal injury and surgery, maybe it made the recovery that much more difficult at his age now."

Cameron is still on the mend, but the Phillies, in need of a veteran right-handed bat, might benefit from Cameron.   They might not.

However, he could be someone they take a flyer on before July 31st comes and they feel the need to add from the outside.  If Cameron was willing to sign a minor-league deal and play some games daily for the Iron Pigs, the Phillies could decide to add him to their major league roster, or let him go, as they did with veteran Luis Castillo.

"Cam’s a great teammate, a great clubhouse guy. Probably one of the best teammates I’ve ever played with."

The Phillies could make a splash before the non-waiver trade deadline and pick up Ryan Ludwick or another bigger-name right-handed bat.  But they also may not be successful in finding the perfect candidate.

Cameron is low cost, high reward.  Or no reward.  Why not?