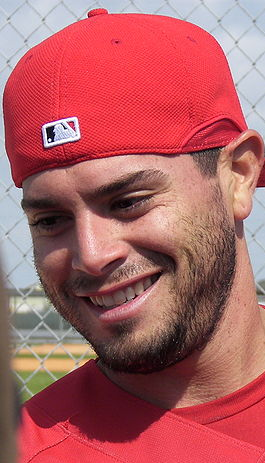 Well, the Phillies have their new fifth ace: Joel Piñeiro, according to ESPN.

OK, that's harsh.  Piñero, most famous for his attempt to be a closer in Boston while Jonathan Papelbon attempted the starting rotation, will be in camp on a minor league contract.  Piñeiro, presumably, would be attempting to crack the Phillies bullpen, though probably will be AAA depth.

Then-Boston Assistant General Manager Jed Hoyer said this of Piñeiro in 2007 when he signed to be the closer:

"He's a guy, even when he was a starter, a lot of our reports were that he would be pretty unbelievable in the bullpen. The early part of the season may show a lot as to who's going to be the closer later in the season, but you don't have to have your postseason roster set in April."

Papelbon remained closer and the rest is history.