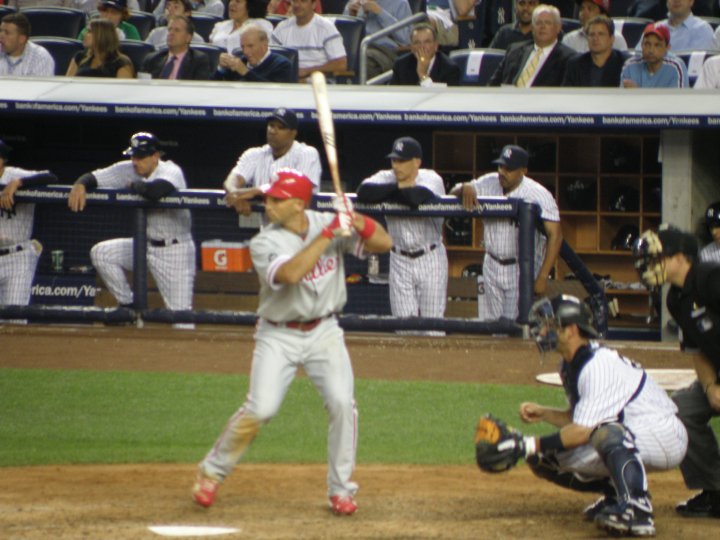 Photo Courtesy of Michael B. LeSage.

As numerous rumors recently hinted, it has been confirmed. The New York Yankees have signed former-Phillie Raul Ibanez to a one-year, $1.1MM deal. Ibanez will serve as the designated hitter for the Yankees.

Initially, word that Ibanez could be signed by the Yankees came at the same time that the Yankees were shipping out A.J. Burnett to the Pittsburgh Pirates.

The unison of "Rauuuuuuul!" chants that used to fill Citizens Bank Park everytime Ibanez hit a home run or came through in the clutch will be missed, but his time is up and he's moving on.