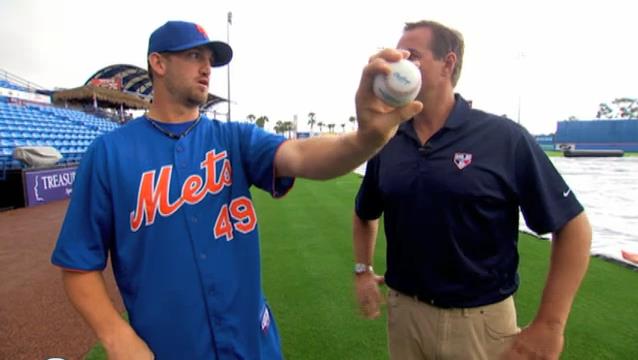 According to ESPN's Adam Rubin, Mets lefty Jon Niese underwent a rhinoplasty procedure in October. Now I don't poke fun at people due to the way they look, but this guy must have been chasing parked cars when he was a kid. Apparently, Niese originally underwent the procedure for cosmetic reasons, but he now says that the procedure actually helps him breathe better.

Here's the better part. St. Louis Cardinal, and former-Met Carlos Beltran paid for the procedure. A cool $10,000 was the bill for Niese's surgery. Apparently Beltran offered to pay for it before he was traded to San Francisco in July, and is now paying up the dough for the bull. I don't know if it was a form of compensation or if Beltran is just a pretty nice guy.

Whatever the cause is, Jon Niese's schnoz has a little more shape to it, and he can breathe better – which is a good thing. He's still a Met, though.