Phillies Pick Up Infielder Joe Thurston; Get Your Signed Photo for Only $40.00 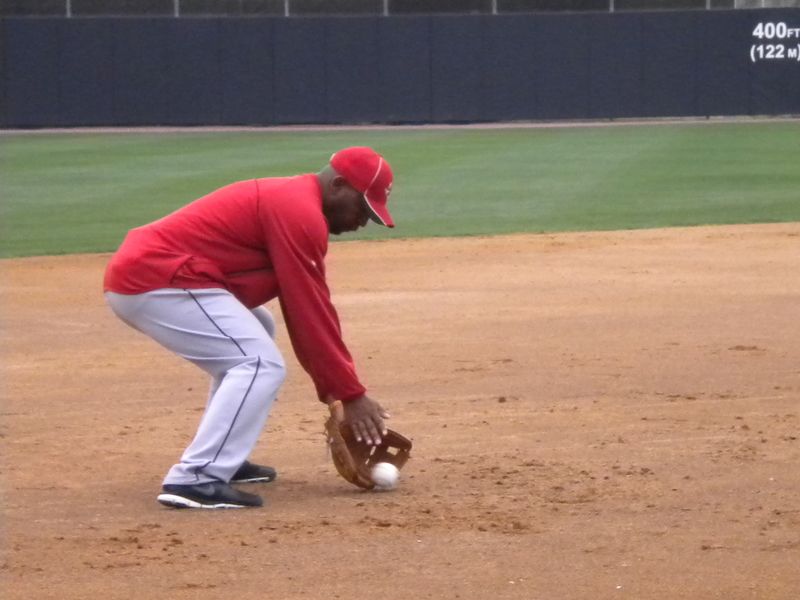 The Phillies have finally added some infield depth to their organization. This afternoon, they signed seven-year veteran Joe Thurston to a minor-league deal. With the absences of Chase Utley, Ryan Howard, and now Michael Martinez (broken foot), the Phillies have little to none depth in their infield.

The 32 year-old utility man Thurston was recently released from the Houston Astros and the Phillies have scooped him up. Thurston has been with this organization before. In 2006, he was signed to a minor-league deal and was assigned to the then Phillies' Triple-A affiliate Scranton/Wilkes-Barre Barons. Thurston was called up in late August, 2006 and remained on the roster for the rest of the season. In 18 games with the Phillies, Thurston hit for a .222 average and scored only three runs. I'm sure the Phillies have signed him for his fielding skills over of his hitting.

Thurston will be sent to minor-league camp in an effort for the team to exercise with him and see what he can do. He will open the season with either the Double-A Reading Phillies or the Triple-A Lehigh Valley Iron Pigs.

I like the addition, but we should look into a more solid player to add depth in the major league club as well.

This news could be an indication that Pete Orr will open as the Phillies utility infielder.  Orr is hitting .304 so far this spring and has seen time at shortstop, second base, and third base.

Good news, Phillies fans: you can purchase a signed Joe Thurston Phillies photograph for only $40.00 here.