Phillies Call Up Catcher Erik Kratz to Save the Season: Jim Thome to the DL 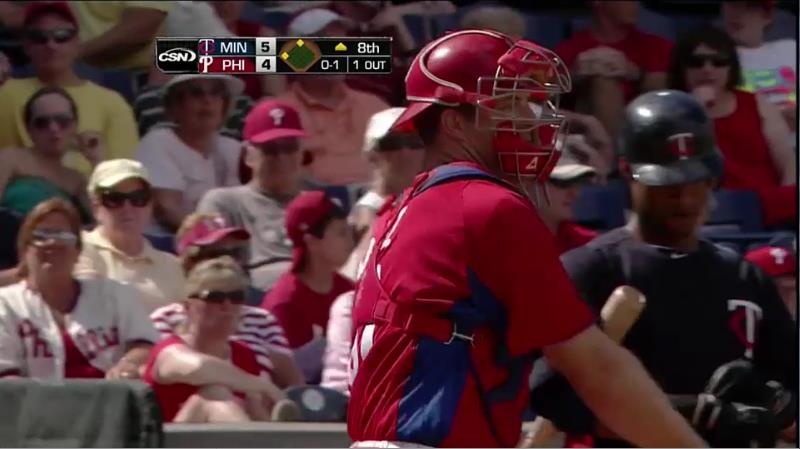 Totally awesome – the Phillies have called up catcher Erik Kratz, to replace Jim Thome who is headed to the disabled list candidate because of his 42 year-old back.

For the Iron Pigs, Kratz may have been one of their most reliable hitters, hitting .294 with four doubles and three home runs.   Why Kratz?

Here are a few reasons:

So, what exactly will the Phillies do with Kratz?  On the Jorge scale of 1-10 he gets a 2.  He may get one start at catcher to be nice, but probably will be kept on the bench until the end as the backup catcher, meaning that Carlos Ruiz or Brian Schneider (whoever isn't starting) will be a pinch hitter that day. 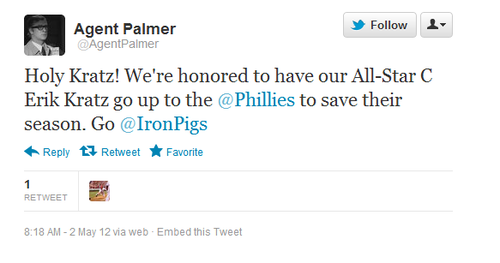