Report: Phillies in Talks to Send Hunter Pence to the San Francisco Giants 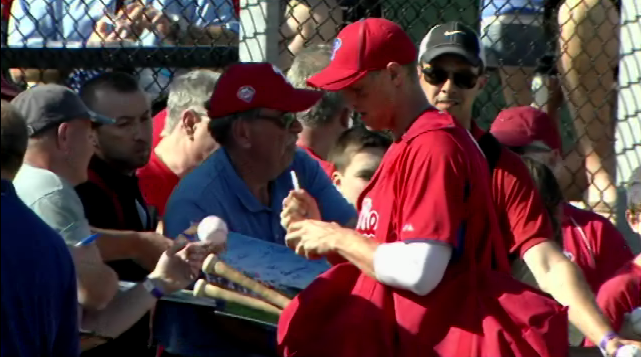 This one comes out of San Francisco.  Dennis O'Donnell of KPIX-TV, a CBS station in San Francisco, reports that the San Francisco Giants and the Phillies are in "serious talks" regarding a Hunter Pence trade.

The report offers no idea of who the Giants would offer in return.

The Giants have two top outfield prospects, Gary Brown and Francisco Peguero.  Brown both once called "untouchable".  He has had a stellar July, hitting  .374 with 12 doubles, one triple, four home runs, and seven stolen bases.

The Phillies could sell Pence and improve at the same time.  For example, the Phillies reportedly "checked in" on third baseman Chase Headley, a right-handed bat.   Jayson Stark reports that the Phillies did not "match up" in a trade when they called, but that could change if the Phillies acquire some prospects in a deal that they could flip.

Earlier in the day San Francisco's NBC station reported the Giants "could" go after Pence.

Thanks to CBS3's Chris May, who tweeted the report.