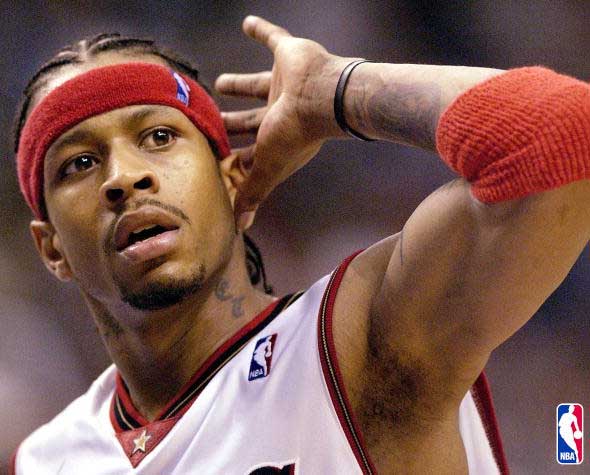 Allen Iverson’s No. 3 will be retired by the Philadelphia 76ers in a halftime ceremony Saturday during Philadelphia’s game against the Washington Wizards. Since the announcement of the jersey retirement, Philadelphia 76ers tickets on the secondary market have increased in price to make Saturday’s game one of the most expensive games at Wells Fargo Center for the entire season. With little else to celebrate this year, Sixers fans are fine to look fondly on the success of one of the most popular players to ever wear a 76ers jersey.

The current group of 76ers have been one of the worst teams in the NBA this season, though most of that has been to design. Philadelphia is all-in on a rebuilding process, accumulating draft picks and young players to develop into future stars. The plan has shown some success in its first season as rookie Michael Carter-Williams could be the best rookie the Sixers have drafted since Iverson in 1997. Still, only so much can seem successful during a season with a 15-43 record.

Iverson will be just the eighth 76er to have his number retired by the franchise, joining  Wilt Chamberlain, Julius Erving, Charles Barkley, Maurice Cheeks, Hal Greer, Billy Cunningham and Bobby Jones. Iverson’s career highlights include being the 1997 NBA Rookie of the Year, 2001 NBA MVP, an 11-time NBA all-star, three-time All-NBA first team and four-time NBA scoring champion. In 2001, Iverson led the 76ers to the NBA Finals in their first appearance since 1983 and the franchise has not returned to the finals since.

Washington isn’t the most compelling opponent with a record barely over .500, even though they are currently slotted as the fifth seed in the Eastern Conference. Still, the game on Saturday will be less about cheering on the current day Sixers and more about celebrating the career of one of Philadelphia’s favorite players.