Eagles Flyers Phillies Sixers About Us Write For Us
This Week in Flyers History: Week ending November 30
Nobody Wants Phillies Closer Jonathan Papelbon

What The Phillies Can Learn From The Josh Donaldson Trade, Red Sox Signings 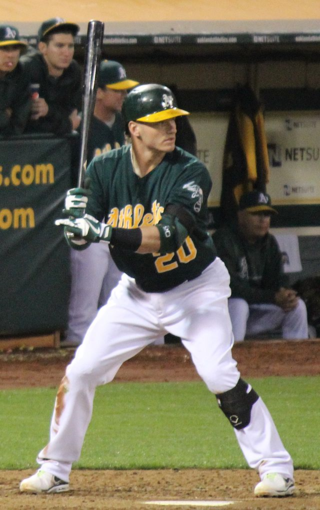 The Boston Red Sox entered the season with an outfield full: Rusney Castillo, Jackie Bradley, Jr, Shane Victorino, Yoenis Cespedes, Allen Craig, and Daniel Nava.  Yet, that did not preclude the Red Sox from adding another outfielder into the mix in converted shortstop Hanley Ramirez.   Will Middlebrooks, a promising young third baseman who had a bad year in 2014 was replaced by free agent Pablo Sandoval.

There are plenty of lessons the Phillies can learn from these deals.

When is the last time the Phillies traded a position player who was still performing when the team was NOT looking to rebuild to keep a steady stream of talent coming into the organization?   Josh Donaldson at age 28 was still in his prime, and the Athletics got back a 24 year-old third baseman and three prospects.   The Athletics sacrificed some offense at third base, but will look to make it up in other areas.

The Phillies seem to get particularly attached to their players in their prime and feel they have to keep them forever.  This is nothing new to the 2008 core; the 1993 Phillies were hanging around on the books through 1998, when Lenny Dykstra's contract finally ended.  The Athletics still have a shot to compete in 2015, and have plenty of assets for upcoming years to tap into.

Additionally, the Phillies should be on the hunt for players such as Donaldson in pursuit of a rebuild.  The Toronto Blue Jays are getting four years of control of Donaldson before he is a free agent.  Would a rebuilding team such as the Phillies benefit from a 28 year-old with a 7.4 WAR?  Absolutely.

2. Just Because Someone Plays a Position Does Not Mean You Cannot Upgrade

The Phillies tend to get locked into the idea that they cannot upgrade a position if they already have someone who plays it.  The right question to ask in any given situation is not, "What positions are vacant?" but rather, "What position can I upgrade?"

Should the Red Sox have said, "We have Will Middlebrooks; there is no need for another third baseman?" and passed on Pablo Sandoval?  Should the Red Sox have been satisfied with the defensive-but-offensively-challenged Jackie Bradley, Jr. and oft-injured Shane Victorino instead of signing Hanley Ramirez and Rusney Castillo?

Should the Toronto Blue Jays have been satisified with Brett Lawrie and skipped getting Josh Donaldson?  I think that question answers itself.  The Phillies' roster is full of places to upgrade.

Cody Asche put forth a 0.6 WAR in his first full season.  Domonic Brown put together an embarrassing .634 and -1.4 WAR season.   Ben Revere had a high batting average, but just a .686 OPS and 0.6 WAR.  Do these three players have to be guaranteed positions for next year?  If the Phillies have an bility to upgrade positions, they should.

The Boston Red Sox only can carry four bench players.  One of them has to be the backup catcher, and the American League benches are one fewer than the National League with the designated hitter, so the Red Sox have four spots to backup the infield and outfield.  Daniel Nava surely will be a corner infield and outfield backup.  The Red Sox need a second backup who can play shortstop and second base.  So, from the list above and rookie Mookie Betts, multiple players need to go.

Who will go? I am not sure that the Red Sox know yet.  The Sox have some potential trade pieces in Allen Craig and Yoenis Cespedes to acquire pitching or prospects for later.  The Sox took advantage of some free agent availability and has now given them extra assets.  They will be able to move them, and they will be able to fill other holes later.  They have all offseason to decide; because the Red Sox acquired extra talent first, there are more teams out there that need it.

4. When You Have Money, Rebuilding Is Not a Dirty Word

The Boston Red Sox won the World Series in 2013 and began rebuilding in 2014.  Having money on your side makes it much easier.   The Red Sox were able to add an international free agent in Rusney Castillo, who only cost the Red Sox money.   While the Red Sox traded Jon Lester, they got pieces back in return.  Guess who they are pursuing now, who only costs money?  Jon Lester.

We are a week away from the beginning of the winter meetings.  The Phillies still have pieces to deal, if they so choose.  They had their run and it ended in 2012.  Hopefully, they have learned some lessons to keep the team competitive in future seasons.  They have the cash.

The Phillies ownership group is a clueless lot of old money inheritors.The paralyzed front office is filled with failed ex-GM advisors (who groomed Ruben Jr. for the job.) Nobody in the organization can agree on how to fix their problems, because the top-heavy front office IS the problem.