Eagles Flyers Phillies Sixers About Us Write For Us
Around the NHL: DeBoer out in Jersey and more
Closing the book on 2014

Marlon Byrd Trade to Cincinnati Reds Falls Through; Could Re-Surface 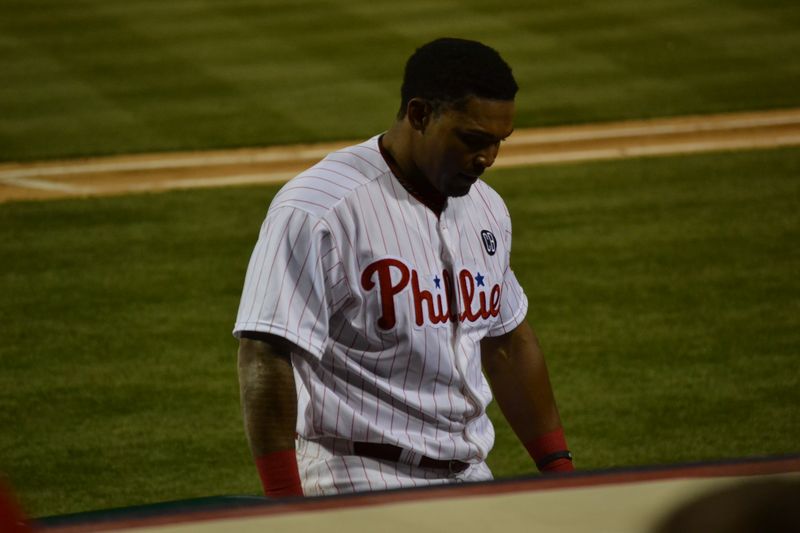 When the Jimmy Rollins trade rumors really started swirling during the Winter Meetings, it seemed as though Ruben Amaro Jr. was finally ready to break up the party and rebuild the Phillies organization. Talks about Chase Utley on the move as well, and Amaro's conversation with Ryan Howard seemed to be signs of real change. However, the trade of Jimmy Rollins to the Los Angeles Dodgers became the only significant move, and, once again, the sense of the team staying put for yet another offseason became more palpable.

Today, though, a report from Jon Morosi of FOX Sports and MLB Network may reveal just how active Amaro truly has been:

Source: Phillies were close to a deal sending Marlon Byrd to Reds before it fell apart. Still possible trade could be reworked. @FOXSports

It is unclear when the discussions occurred or just who the Phillies may have been getting in return, but it does seem Marlon Byrd may be on his way out of Philadelphia. Previously, the Cincinnati Reds had not been linked heavily with Byrd, but with their window of opportunity closing, the move makes sense on both ends.

Morosi notes the possibility of the trade still being made, though nothing is imminent. Perhaps the biggest block in reestablishing the move is whatever it was that made the move fall apart. Did one of the teams back out? Were their issues in deciding a return package to Philly? We may never find out, but just what caused the friction may be the reason the Phillies look elsewhere to officially move Marlon Byrd.