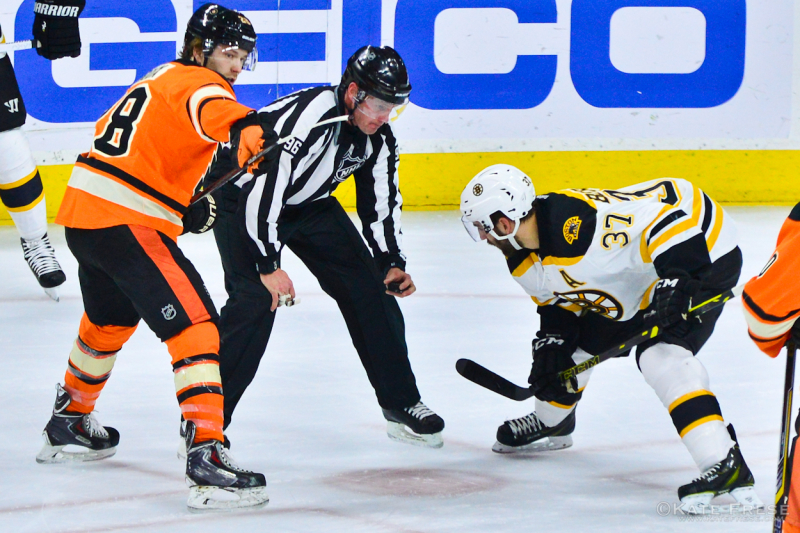 The Philadelphia Flyers (10-10-3) close out a three game home stand tonight when the host Zdeno Chara and the Boston Bruins (12-10-0). This is the first time the two rivals have meet this season and it will be the only time in Philadelphia for the season. They will play twice more this year with both games taking place in Boston. Game time for tonight is 7:30.

The Flyers are looking to make it two in a row tonight after Sunday's 5-3 win over Calgary. Anthony Stolarz picked up his first NHL victory in his first start in that game.
Nick Cousins has played three games as the second line center since Sean Couturier went down with injury last week in Florida. In each game he has gotten better and better with the extra ice time. While not as good defensively as Couturier, Cousins brings a grit and tenacity to the second line.
David Pastrnak has had a coming our party of sorts through the first quarter of the season. The 20 year old leads the Bruins in goals with 13 and trails only Sidney Crosby for the NHL lead. More impressive, Pastrnak has done this while playing less games than anyone else below him in the top 10.

Steve Mason returns to the net tonight for Philadelphia. Mason had Sunday night off after starting every game since Michal Neuvirth went down with a lower body injury back on November 12th. Mason has played much better with the extended playing time and will look to continue that tonight.

Tuukka Rask looks like the Tukka Rask that won the Vezina Trophy a few years back. Rask is second in the league in wins, shutouts, and goals against average and fifth in save percentage. As Rask goes, so do the Bruins. The Flyers are in for a real challenge tonight.