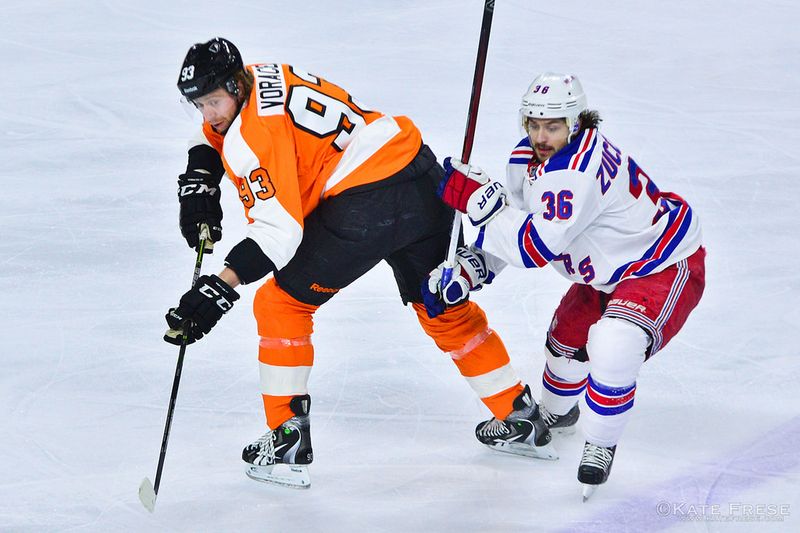 The Philadelphia Flyers (9-9-3) return home after a two game Florida road swing to take on Henrik Lunqvist and the first place New York Rangers (14-6-1). This is the first of four meetings between the boys from Broad Street and the Broadway Blueshirts.  Game time is 1:00pm

The Flyers will look to bounce back from another failed attempt to hold a third period lead. Philadelphia let a 2-1 advantage slip away in the closing minutes of Wednesday night's affair in Tampa allowing three goals in the final six minutes.
Claude Giroux has hit a wall lately in terms of point production. The Flyers captain has just one assist in his last five games and will need to step up if the team is going put together an extened winning streak. Toda will not be easy as the top line will most likely see the defense pair of Ryan McDonagh and Dan Girardi.
Michael Grabner has seemed to get a renewed bounce in his step since coming to the Rangers. Grabner is one of the fastest players in the league and is dangerous every time he touches the puck.

Steve Mason is between the pipes yet again for the Flyers. Mason played two really good games in Florida this week. The third period collapse on Wednesday was more on the defense in front of him as it was his fault. With that, Mason will need to be stellar for the Flyers to win today.

The Rangers will counter with Henrik Lunqvist. Lundqvist has returned to form this season after an up and down 2015-16 campaign. It is no secret that as the Rangers goalie goes so do the Rangers.