Eagles Flyers Phillies Sixers About Us Write For Us
Eagles Armchair: Time of Possession Wins for Eagles
Sixers assign Jerryd Bayless to 87ers 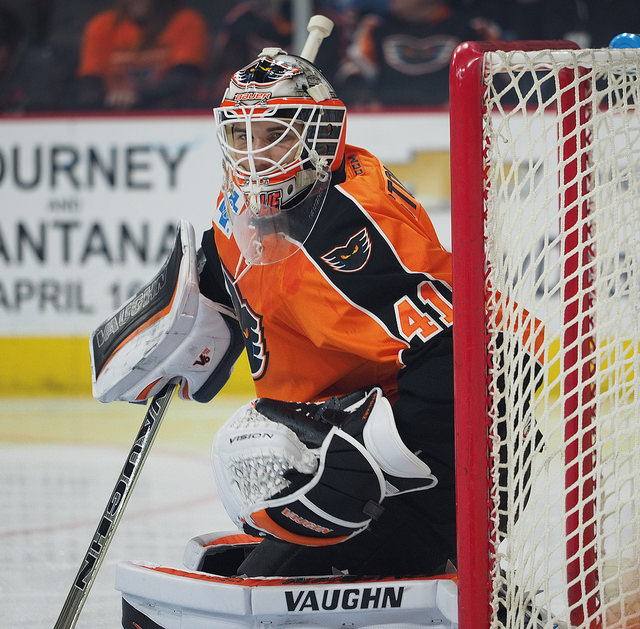 With the news that Michal Neuvirth will miss significant time with a lower-body injury, the Flyers made the expected move of bringing Anthony Stolarz up from the Phantoms.

GM Ron Hextall announced the move prior to Monday's practice.

Stolarz has a 6-2-0 record with a 2.39 GAA and .927 save percentage in eight games with the Phantoms. This is his third season playing professionally at the AHL level and second as the No. 1 goalie in Lehigh Valley.

Stolarz has been recalled in each of the last two seasons as a backup and on an emergency basis, but has not yet made his NHL debut.

This time, Stolarz will likely see action. The Flyers have a busy schedule with eight games remaining in the last half of November and seven more games in the first 11 days of December.

The Flyers are next on the ice Tuesday night to take on the Ottawa Senators.