Eagles Flyers Phillies Sixers About Us Write For Us
Mickey Moniak's friend did indeed get that tattoo on his, well...
Galvis first of three arbitration-eligible Phillies to agree to deal 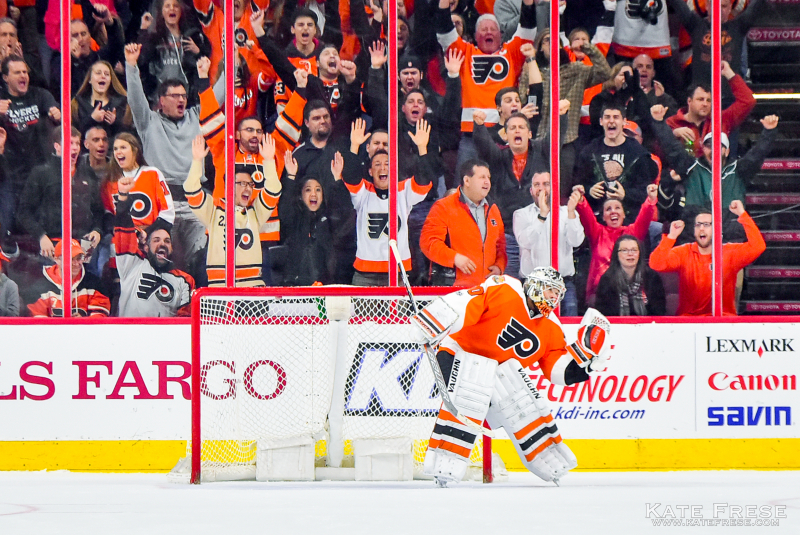 It wasn't a pretty game, but it was a crucial two points the Flyers needed.

After going 2-6-3 in their previous 11 games, the Flyers picked up points in the standings for the third time in the last four games, finished strong and conquering the shootout for a 5-4 win over the Vancouver Canucks.

Here are 10 Postgame Points from Flyers-Canucks.

After Tuesday's disappointment, the Flyers came back with a game that featured its ups and downs, but ended with the desired result.

At this point, that's all you can ask of the Flyers, getting the two points in the standings whatever way possible. But there were certainly a lot of areas to clean up and mistakes that should be avoided but keep recurring.

Heading into a difficult and crucial weekend, the Flyers need to bring a level of play similar to last weekend. It's the Bruins on Saturday and the Capitals on Sunday. Both teams have the ability to pounce on mistakes. Both have the offensive firepower to make the Flyers pay for their mistakes. It will need to be clean and polished hockey from the Flyers this weekend, and it's difficult to go from that middle of the road play to playoff polished overnight.

Perplexed as to why Neuvirth is not considered starter material. Yes, he's coming back from a tough injury, but before that Mason seemed to be the preferred choice. In their brief run in the playoffs last year, Neuvirth showed he could get the job done under pressure. Mason? Not so much. So what do the Flyers do.... go with Mason...