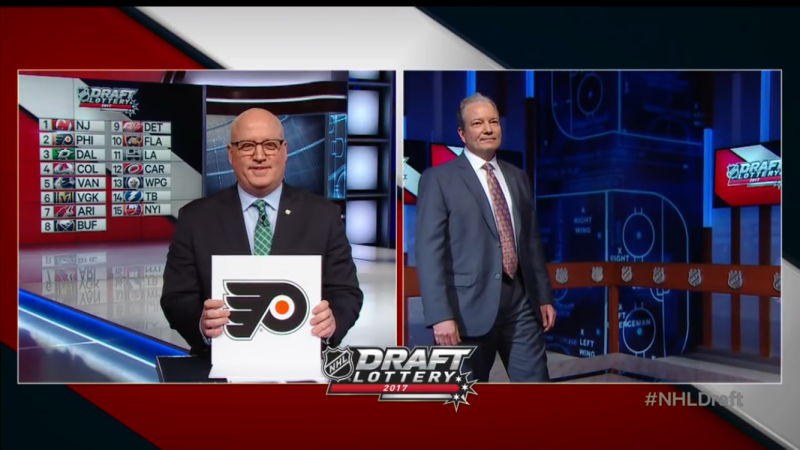 If you are a fan of Philadelphia professional hockey, it was one heck of a weekend.

When the season was over for the Flyers, many of their fans turned to the Phantoms making the playoffs to keep their enjoyment of the game alive. The Flyers had another disappointing season, but their AHL franchise was still alive. Future Flyers were still playing hockey and that was enough to keep their interest peaked.

When the Phantoms lost the first two games of the series and both of the goalies go down to injury that same feeling of let down started sinking in yet again.

Playing in front of the third string goaltender, what chance did they have of possibly winning? It seemed they would get swept and once again fans would be left with nothing to cheer for.

The cardiac kids had something to say about that though. They went into Hershey on Wednesday night and won a hard-fought game in overtime to keep their playoff hopes alive. They would live to play again Saturday night.

The Phantoms kept up the good fight and scored in the first period to go into the first intermission up 1-0.

In between periods, the NHL conducted the draft lottery. The Flyers did not have GM Ron Hextall or even president Paul Holmgren in attendance. They finished the season with odds that they would have the 13th pick. They had a 2.2% chance to win the lottery and a 2.4% chance of moving up to the second slot.

The first two teams revealed in the lottery were the Islanders and Lightning, holding their expected positions in the draft. No big surprise, as nobody this high ever moves into the Top 3.

Then it happened. The 13th pick was announced to the Winnipeg Jets. That meant the Flyers had moved into one of the Top 3 positions. Flyers fans erupted in shock and disbelief. Had the hockey gods finally smiled on Philly? Could it be true?

The countdown continued, but Flyers fans were still in shock. They waited to see the third card to see if that was their fate. When the card was flipped it read the Dallas Stars. Another eruption was felt all through the Flyers kingdom. That meant they would be drafting either first or second. Was this the time when everything would fall into place?

Then they announced they were reading the top overall pick. It was the New Jersey Devils. That meant the Flyers would be selecting second overall, moving up 11 places in the draft. This was a momentous event.

Sure enough, the Phantoms then went on to carry their 1-0 lead from between periods through the final 40 minutes for a 4-1 win to force a Game 5 on Sunday. It was all coming together.

The Flyers season had been disappointing and many fans, rightly or wrongly, were frustrated and disappointed. Flyers fans hate losing, but they were truly frustrated with personnel decisions made throughout the season.

The multiple benchings of Shayne Gostisbehere and Travis Konecny got under fans skin. The real frustration though was the handling of the bottom-six forward roles and what appeared to be selective accountability being enforced by the coaching staff.

There was a heavy sense of despair and discontent within the fan base and it has flooded social media for the entire season.

The draft surprise could not have come at a better time to lift the spirits of fans everywhere. Twitter was filled with euphoria and chatter regarding the pending selection. Who would New Jersey take? Who did Flyers fans want them to take?

There have been two top players who had battled for the projected top pick all season. As soon as last year’s draft was complete discussions of who would top the 2017 NHL Draft began. The name mentioned overwhelmingly was the Brandon Wheat Kings center Nolan Patrick.

He was the consensus top-rated player in the preseason ratings, the mid-season and as the regular season concluded. The one concern with Patrick is his history of injuries. Unfortunately, he was injured again in March and then cracks in the ratings began to form.

The consensus No. 2 player was Nico Hischier, the Swiss born center who played for the Halifax Mooseheads. He took center stage during the World Junior Championships. Patrick was injured at that time as well, so Hischier had the stage all to himself.

He finished with seven points in five games in the tournament and also took home the QMJHL Rookie of the Year award as well as awards for most goals, assists and points by a rookie.

They are still one and two in the major rating agencies rankings, but several scouts have started giving Hischier the edge in their individual reports.

Whoever the Devils select, the Flyers and their fans will be extremely happy with the other player. They are both top-line talent and will be making impacts for their teams very soon, if not immediately.

Unfortunately, the pendulum swung the other way Sunday and the Phantoms lost Game 5, bringing their season to an end.

Many Flyers fans were still upbeat though knowing they will soon have one of Patrick or Hischier in the system and will look forward to all the news over the summer about their new roster addition.

Hopefully, the surprising draft news will take some of the sting off of the disappointing season as well. The Phantoms have new blood arriving this summer and the Flyers may have a new player to begin the upcoming season.