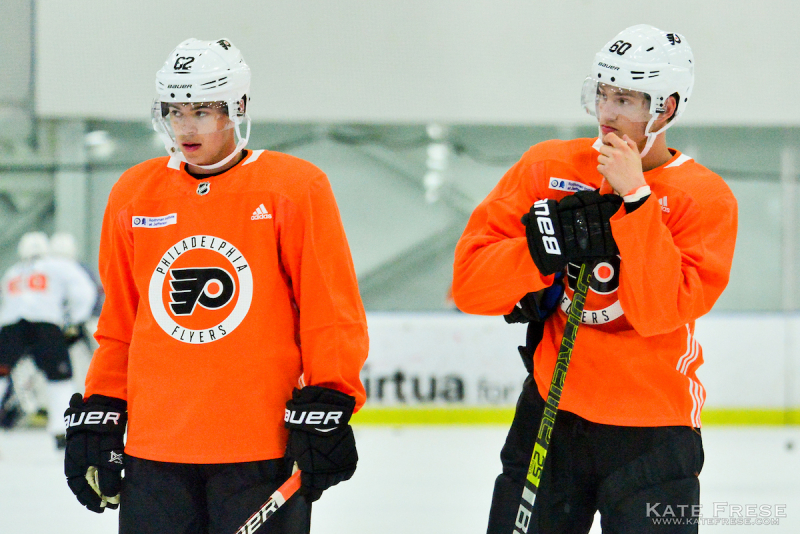 Ever since Shayne Gostisbehere was drafted in 2012, the Philadelphia Flyers have been heavily scouting college players. Some of the more standout players who have been drafted by Philadelphia include first-round picks left wing Joel Farabee and center Jay O’Brien from the most recent draft back in June.

Additionally, the Flyers have drafted or signed several college players in recent years. Center Tanner Laczynski from Ohio State University, right winger Wade Allison of Western Michigan University, goalie Alex Lyon of Yale University, Mike Vecchione from Union College and goaltender Matej Tomek from the University of Nebraska-Omaha are just a few names to keep in mind further down the road, and each player is a product of the NCAA and regarded on the Flyers list of prospects.

They were noticed due to their outstanding abilities, but scouts took a chance by alerting their GM’s about the skills that they had witnessed.

Gostisbehere, of course, is the star on this list of college prospects in recent Flyers history. He is the most proven collegiate player in the Flyers system, providing a blueprint of what it takes to go from the college ranks to the NHL.

In his early NHL career, Ghost has scored 150 career points (37G, 113A) in 220 games. He is one of the more talented for the Flyers and will be for years to come. Hall of Fame defenseman and former Flyer Mark Howe told hockey historian Scoop Cooper this about the former Union College defenseman: "Ghost is probably going to be the guy that eventually breaks all my Flyer records for defensemen."

The Flyers value college players and although they play fewer games in a college season, they tend to be better trained because they have much more practice time and are also older when they turn pro, by rule. College players start at 18, as opposed to 16 or 17 for junior, and rarely turn pro before finishing college so they are age 22 and more mature by the time before they pro.

Junior players have to turn pro at 20 by rule and two years makes a big difference in maturity. On another note, college-level prospects are playing against older competition and the travel is better for creating a more professional atmosphere.

The man behind the curtain who has helped find these terrific players is Dennis Patterson, who scouts the collegiate players and has done so for many years for the Orange and Black.

More and more college players are getting drafted by NHL teams each year. In an article on NHL.com from April, it was noted that back in 2004, 23 percent of all NHL players at some point played college hockey, according to College Hockey Inc. In 2017, it increased to 32 percent.

"We're attracting better players and more are opting to go the college route," Boston College coach Jerry York said in an article on NHL.com. "I think the NHL understands the value of what the college programs have as far as practices and programs, and they're benefitting."

All in all, the NCAA has exceptional talent and at the rate the league is going, the talent will get even better.