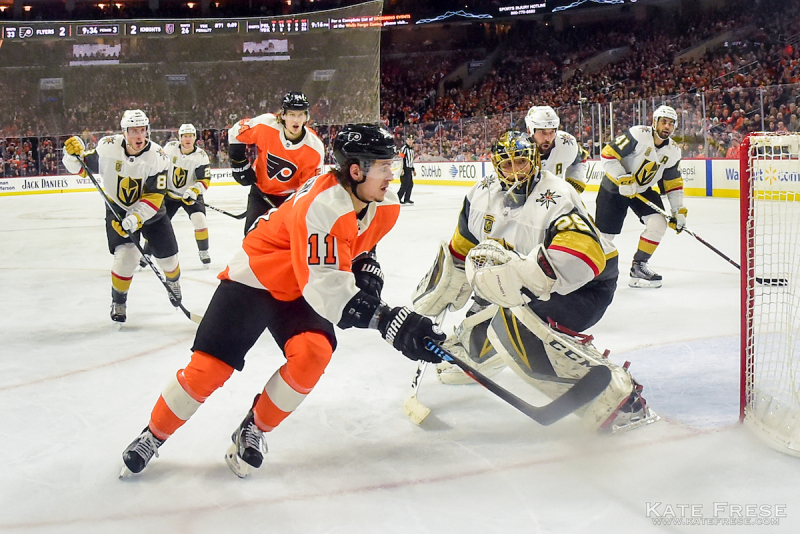 It is officially opening day for the Flyers. The NHL season opened on Wednesday night, but the Flyers take the ice for the first time on Thursday night, marking a new beginning with the start of the 2018-19 season.

The Flyers first opponent is certainly a challenge, the team that defied the odds a year ago to be Western Conference Champions. The Vegas Golden Knights, and the fanfare of a home opener and banner ceremony, await as the first of 82 opponents for the Flyers.

After last season, how can you not look to Claude Giroux. The first and last goals of the regular season belonged to the Flyers captain last season and after putting up a career-high 102 points and leading his team to the playoffs, Giroux is ready for more.
You could really pick anybody from Vegas' top line, but it was William Karlsson who came from out of nowhere to score 43 goals last season. Whether on the power play, penalty kill or even strength, he's always a threat.

Brian Elliott gets the start for the Flyers in the season opener. He had a decent regular season in 2017-18, but suffered an injury down the stretch and never really recovered enough to get back to form. He gets a fresh start in 2018-19.

It was a year of resurgence for Marc-Andre Fleury in 2017-18. He had a tremendous year with great numbers all the way through, though he did miss time with injury. He was also excellent throughout the playoff run until the Stanley Cup Final, when the Golden Knights ultimately fell short. Either way, now locked into a nice new contract with Vegas, Fleury is here to stay and set to embark on another season.

Not too many surprises in the Flyers lineup to start the season. Jori Lehtera starts at center on the fourth line, presumably to keep Scott Laughton on the wing. This pushes Jordan Weal out of the lineup. Dale Weise and Christian Folin are the other healthy scratches.