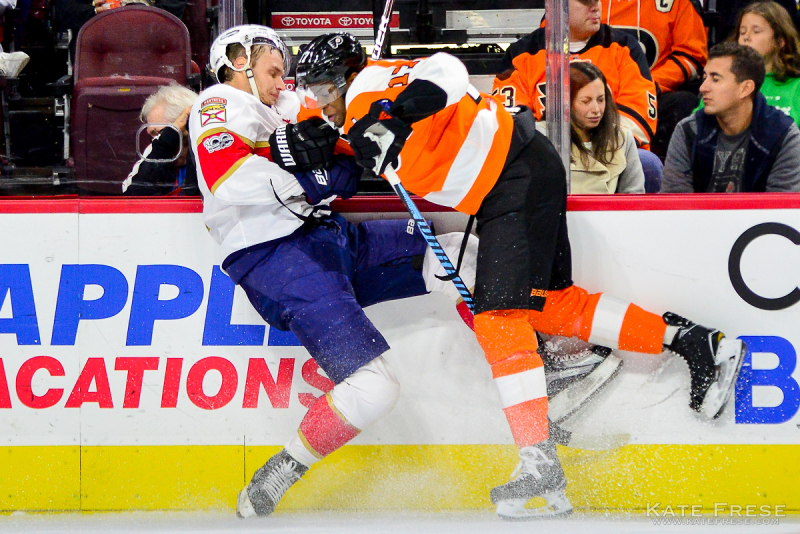 First up is the Florida Panthers, a team that just barely missed the playoffs a season ago. Florida is still in search of their first win of the season entering Tuesday's contest, with losses in their first three games.

It's his night, what with the Chia Pet giveaway and all, but Jake Voracek's also been the most productive Flyer this season with eight points in five games. That said, Voracek seemed to be one of the few players who didn't have a glorious scoring chance in Saturday's 1-0 loss to Vegas. He seems poised to step up and have another big game.
He's shifty, he's got speed, he's got skill and now he's the captain. Aleksander Barkov is one of the game's very talented young players and he's always dangerous at the forefront of the Florida top line. Much like the rest of his teammates, it's a slow start in three games for him, but that can change quickly.

Brian Elliott is back between the pipes for his fifth start of the season. He was solid in the last start, making 20 saves, but suffered the tough 1-0 loss.

The Panthers have used James Reimer in the wake of Roberto Luongo's injury. Reimer has allowed eight goals in the last two games. Trying to change the end result, the Panthers will use Michael Hutchinson in goal for Tuesday's game. He makes his first start of the season.

Christian Folin will get his second start as a Flyer, taking the place of Andrew MacDonald. While MacDonald is technically a healthy scratch, he came back from an injury with a six-week timetable very early and has struggled since, so that may still be a lingering thing. Corban Knight was activated on Tuesday and did take warmups, but sits out as a healthy scratch.