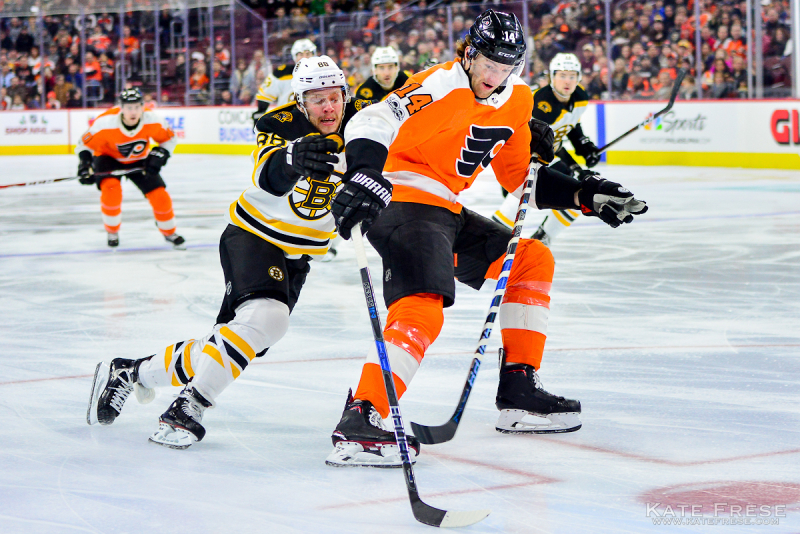 The Flyers were back in the win column in a big way on Monday with a 7-4 defeat of the Minnesota Wild.

A stretch that saw six of eight games played on home ice comes to an end on Wednesday night for the Flyers. Their opponent is the Boston Bruins, a team riding a hot streak, yet sitting in third in the Atlantic behind Toronto and Tampa Bay.

Claude Giroux had a pair of assists in Monday's scoring outburst. Giroux has maintained a steady level of play throughout the season and looks to come through in a big way against Boston.
It's not often you see David Pastrnak with just one goal in a five-game stretch, but he's in a bit of a scoring drought. Against the Flyers, a team he has had success against in the past, look for him to be dangerous as usual.

Carter Hart allowed four goals in his last start, but really battled back in that game after falling behind 2-0 early, finishing the night with 34 saves. This will be his fourth straight start, and while the Flyers are still decimated with goalie injuries, that is a sign that Hart is taking over the starting job.

Jaroslav Halak has allowed three goals or more in the last three games, but overall, his season has been excellent. In the past, Tuukka Rask was the clear cut starter, but Boston has been splitting the duties this season and it has worked out really well. Halak made 26 saves in a shutout win over the Flyers on Oct. 25.

No changes are expected to the Flyers lineup from Monday's game.