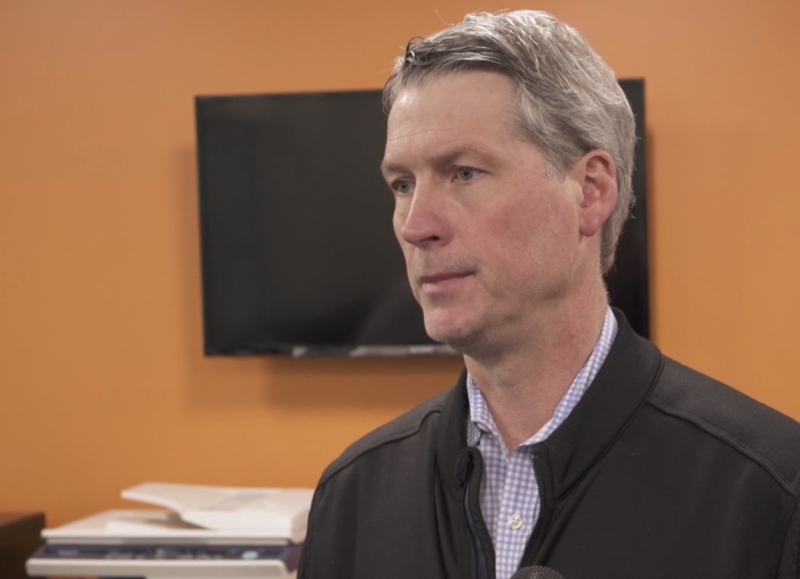 It’s been a very busy two weeks for Chuck Fletcher that figure to get busier with free agency officially opening on Monday. After making two trades and acquiring and signing Kevin Hayes in the early part of June, the Flyers had a solid draft, getting a top defensive prospect and maneuvering their way back into the second round to steal a potential first-round talent.

Fletcher’s recent moves include making a trade that brought forward Tyler Pitlick to the Flyers for pending restricted free agent Ryan Hartman and re-signing both Travis Sanheim and Brian Elliott.

As the weekend approaches, Fletcher discussed the recent moves and upcoming free agency on Wednesday during development camp.

On re-signing Brian Elliott: “We had good conversations with Brian all along. Once you get to the shopping period you never know what’s going to happen. We looked at everything and at the end of the day, we know Brian as well if not better than everybody. We know his medical history, we know how he fits in the room, we know how he fits with Carter, and we know how well he plays.  The more we dug, the more we felt comfortable coming back to Brian, and this morning we were able to make it happen.”

On goaltender usage: “I anticipate both guys playing. I think the days of a 65- to 70-game goaltender are probably gone. Somewhere in the 30-50 range for each guy. It’ll depend on performance, health, schedule. Alain Vigneault and the coaching staff will come up with a good plan. It’s nice to have two quality options and two guys we know can work together. I think that certainty was important to us.”

On Tyler Pitlick: “He’s played third line, he’s played fourth line. He brings good size, he’s a good skater. Pretty consistent north-south, physical game. Brings a lot of energy. Shoots the puck pretty well and he can certainly score a goal, but his bread-and-butter is that puck-pressure, forechecking type of game. The size and the speed fits well with what we want to try to create in terms of our bottom six.”

On trading Ryan Hartman: “I’ll just say we made the move for cost certainty. Again, Ryan’s a good player. The cap coming in at 81.5, at one point there were projections that it would be 83, and you’re making plans all year. I think the 81.5 was a little bit of a curveball at the 11th hour, and we had to adjust. We’re just trying to keep as much flexibility as we can here to get our RFAs signed, and to make sure we can accrue as much cap space as possible going into the season, and keep as much, and during the season you can accrue it quickly.”

On remaining restricted free agents: “Scott Laughton has the ability to file for arbitration, and if that happens that would speed up that process, whether it gets done right away or gets done at the end of July. But the other two that are non-arbitration, it may take some time. Just looking around the league, it seems to be a common theme.”

On free agency: “It’s not really a front-burner issue for us at this point. I just know every summer you put your roster together and when you come to training camp, inevitably there’s players that surprise you and there’s players that maybe are a little bit disappointing. So you don’t always know the holes you may end up having.

"If we start the season with what we have now and knowing we have a pretty good chance of adding a few more players for depth, we’d be fine, we’d be happy. We’d be a significantly deeper team, I think a more talented team.

"We’ll certainly have opportunities whether it’s the next week or training camp, there will be roster decisions every team has to make, and obviously during the season you can make tweaks as well. We’ll have opportunities, and sometimes it’s better before you lock in too many players with term to maybe see exactly what you have.”