Flyers Youth Special Hockey Another Example Hockey is for Everyone 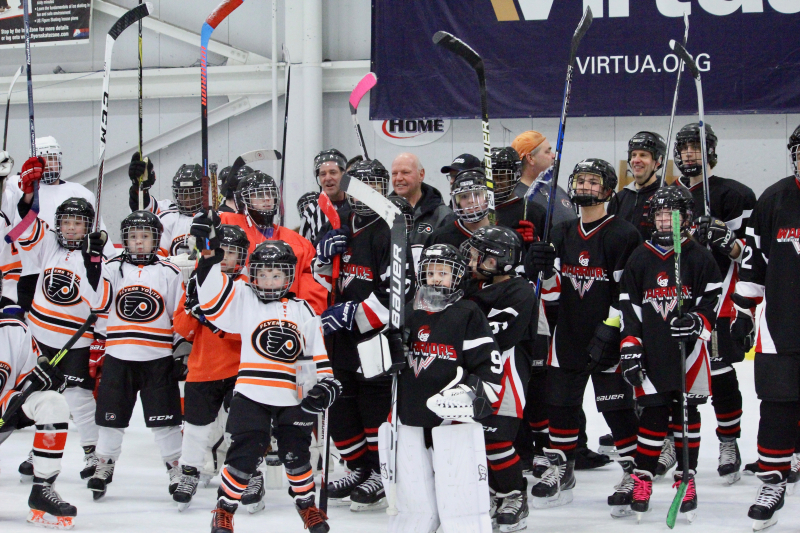 While the Flyers and the NHL sat on break for All-Star weekend and the bye week, there was still a crowd gathered at the SkateZone in Voorhees on Saturday morning. With Flyers legend Bob “The Hound” Kelly behind the bench and legendary PA announcer Lou Nolan on providing goal announcements, it was an event that would have been fitting for Wells Fargo Center and any other top arena in the NHL.

To the young athletes on the ice, ranging from ages six to 20, it feels like the NHL. Players celebrate goals the same way with personality oozing out on full display. At the conclusion Saturday morning’s 40-minute contest between the Flyers Special Youth Hockey team and the Woodbridge Warriors Special Hockey organization, an 11-5 final for Woodbridge, the Warrior netminder threw his gloves in celebration. It looks like a scene from Game 7 of the Stanley Cup Final. For these kids, this is their Stanley Cup. 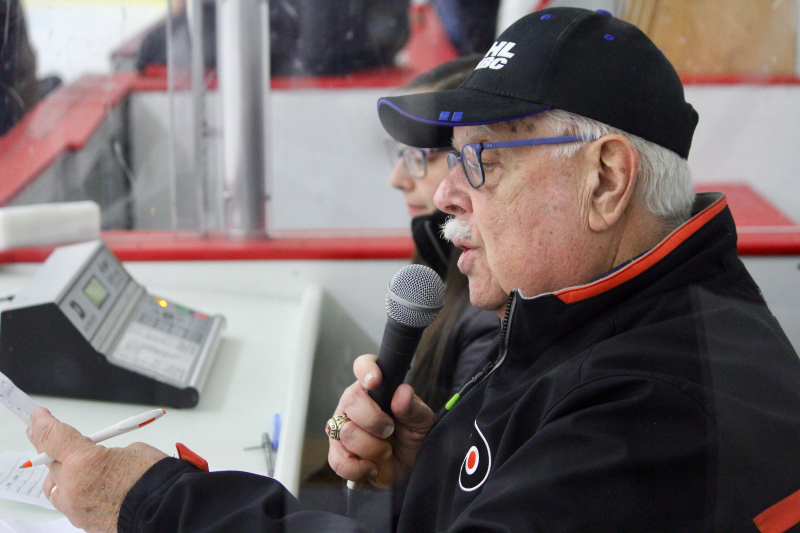 The score hardly matters though. For these kids, this is about proving that hockey really is for everyone and bringing the love of the game to the forefront.

The Flyers Youth Special Hockey program was founded in 2015, led by general manager Erica Hunter, to provide children with special needs, ranging from Autism to developmental delays, with the opportunity to be a part of a team. Many children with special needs are unable to play on mainstream teams in youth programs, and therefore struggle to find a place where they can play. Prior to the founding of this program, the closest special hockey program in the South Jersey area was in Mercer County. 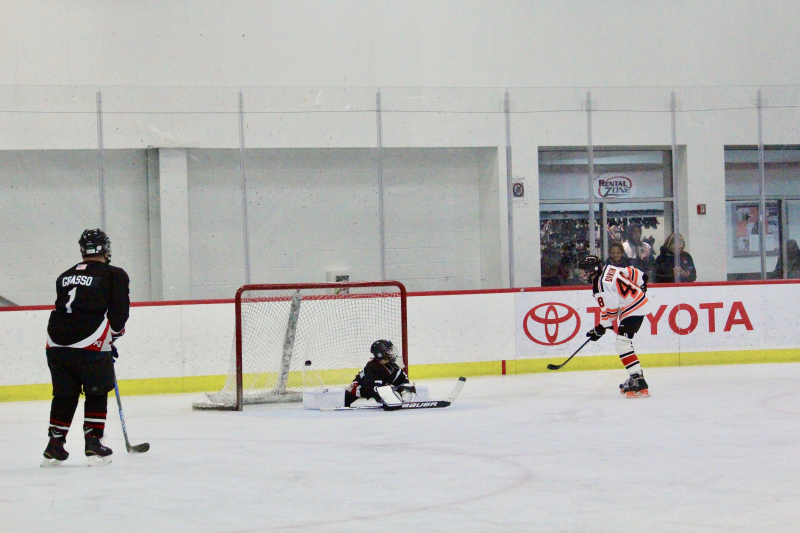 From humble beginnings, the Flyers Youth Special Hockey program began with just five kids at the start of the first season. By the end of the first season, they had a roster of 17 players. Today, 28 players get to suit up regularly for an opportunity they would not have without this program. So here they were, suiting up for another game where they get to skate and play hockey on the same ice surface where the Flyers practice.

The Flyers Youth Special Hockey program is one of 80 teams in the American Special Hockey Association (ASHA). Many of the teams have ties to their local NHL clubs, like the Flyers.

Of course, a program like this that focuses on youth with special needs is nothing without the support and assistance of many volunteers. There are a number of adult volunteers and youth volunteers that support the program on and off the ice, helping to make sure the experience is a memorable one for all participants in the program. Add in an experienced coaching staff, led by head coach Mark Vonberg, creator of the Sports Unity Program in Marlton, and you see the total team effort that takes place to ensure these kids get to experience and learn the game of hockey and most importantly have fun doing it. 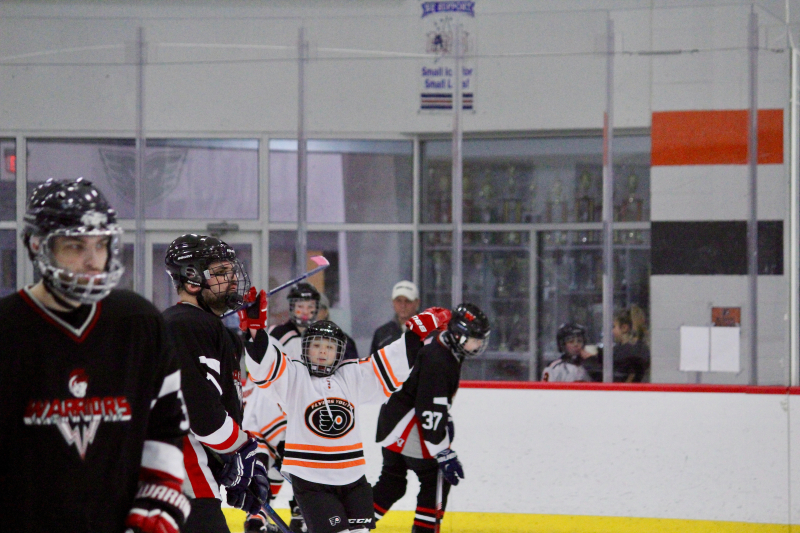 The Voorhees SkateZone has hosted several programs that provide opportunities like this. In addition to the Flyers Youth Special Hockey program, the Flyers announced an affiliation with the Flyers Warriors, a team consisting of former veterans with disabilities, during training camp this season. That program was formed and has grown substantially over the last year. The two teams will meet for a special game on Saturday, Feb. 15 at 8 a.m. in Voorhees that is sure to produce just as many lasting memories and prove once again that hockey is indeed for everyone.

You can certainly see that with these kids. For any developmental delays or disabilities they may have, the fundamentals of the game are very much understood. The energy of professional players is there, every player giving his or her all to help out teammates and improve their own game individually. And whatever successes come on the ice, whether it is a goal scored, a nice pass to a teammate or a great save in net, the emotion and excitement of just having the opportunity to do so is evident. 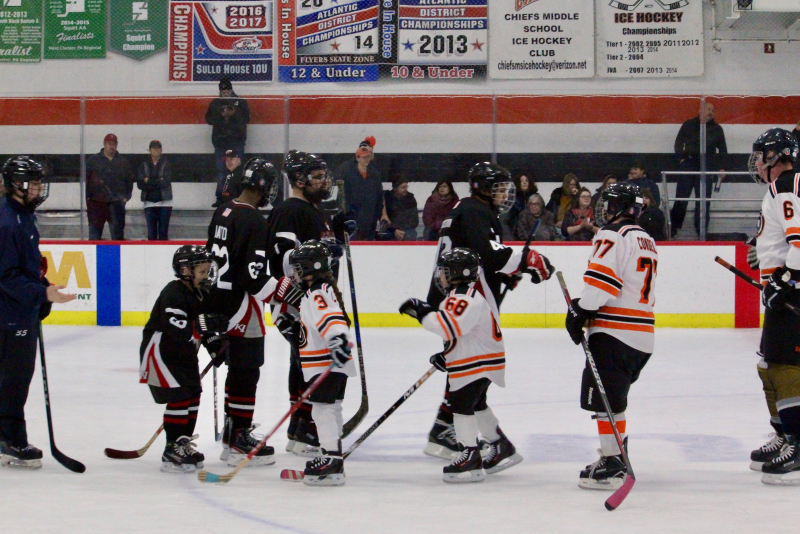 We define hockey players by their toughness, their ability to overcome anything and find a way to achieve a goal. These kids may have their share of obstacles to overcome, but they passionately show that determination and love of the game can overcome a lot in this game. And that’s certainly a special quality for a program that promotes and grows the game to young athletes who want nothing more than a chance to just be a part of a team.