Less than 10 minutes away from finding a way to win again, the Flyers four-game winning streak came to a crashing halt. Three penalties in the final eight minutes of regulation spelled their doom, as the Bruins struck three times on the power play to rally for a 4-3 overtime win. And while the Flyers did manage to get a point in the standings, they ultimately let a game that should have been theirs slip away.

That sets the stage for Friday night at Wells Fargo Center, when the two teams meet again for the fourth time this season already. After going 0-1-2 in the first three, the Flyers are looking to get back on the right side of the results. 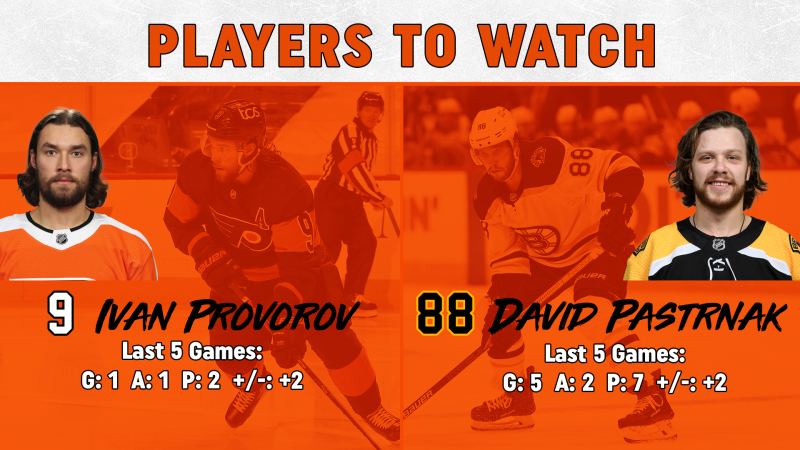 From the start of Wednesday's game, the Flyers were struggling in their own zone first and foremost. They will need to be better in that area in order to have more success in the offensive zone, and while they did improve in that area as that game progressed, they need more. Ivan Provorov noticeably struggled early in Wednesday's game, so it will take a bounce-back performance from him to right the ship.
David Pastrnak did not play in the first two games in Boston when the Flyers visited a couple of weeks ago. His first game against the Flyers this season was flat-out dominant. He scored 12 seconds into the game, capped off a hat trick with two power-play goals in the third, then completed a four-point game by setting up Patrice Bergeron's game-winner. If it wasn't already evident to know exactly where Pastrnak is on the ice, it certainly was after his last game. 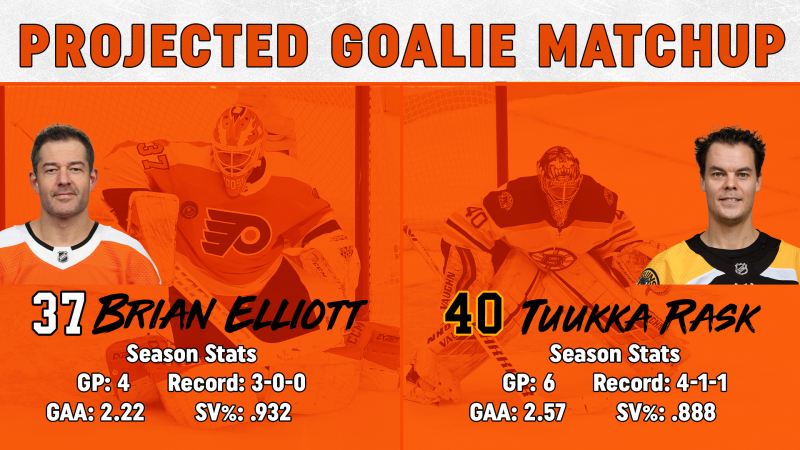 Brian Elliott gets the start in goal for the Flyers on Friday. He's off to an excellent start on his season. Aside from a relief appearance, he has won all three starts, including posting a shutout, and has been sharp in every game so far this season. He'll need to be on his game against Boston as well.

The Bruins go back to Tuukka Rask in goal for Friday's game. Rask wasn't unbeatable in Wednesday's game like he has been against the Flyers, but was certainly good enough to get the win. The Flyers have managed to solve Rask seven times in two games, so it could take another similar effort to be in the right position for a win. 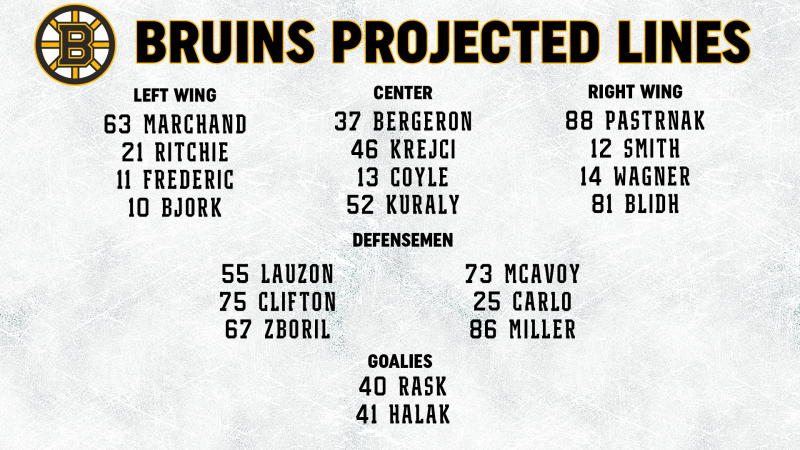