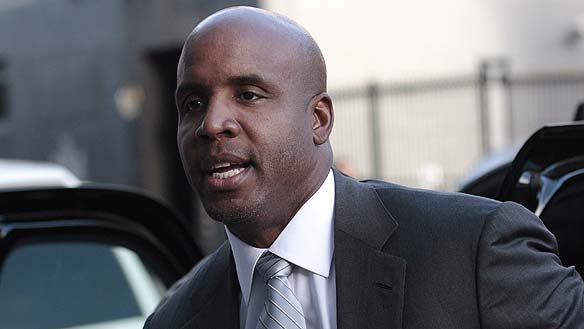 This Associated Press link has little to say.   The Barry Bonds perjury case is going to the jury; soon we will know if he is guilty of perjury or not.  And really, no one cares.

The allegation of perjury stems to a 2003 hearing when Bonds was questioned about steroid use and he denied knowingly taking perfomance enhancing drugs.  Aside from instances such as the time the Phillies' J.C. Romero was caught taking a supplement with the banned androstendione that affect the team on the field at that moment, Phillies fans and baseball fans in general have not really paid much attention to lingering steroid questions.

The players who have admitted their mistakes such as Andy Pettitte have been forgiven by most baseball fans, who then quickly moved on.  Even the players who look silly in their repeated denials do not even bother fans anymore.  Fans have moved on and have come to enjoy this new brand of baseball.

Florida Marlins Catcher John Baker made an interesting point on Twitter recently: this is a waste of taxpayer money.  The case has already tied up the courts for 12 days and will be even longer with jury deliberation.

Perhaps the district attorney bring forth this case had an interest in publicity or felt the real moral obligation to pursue this, but by the lack of attention by local media outlets about this story gets is proof that people do not care anymore.  Just play ball.