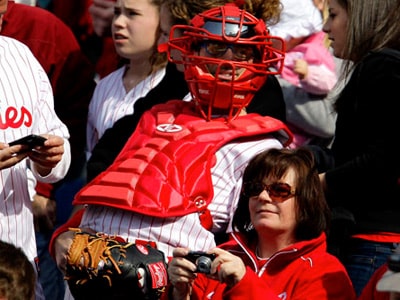 Well, the one known as Carlos Ruiz's twin is enjoying his 15 minutes of fame.   In the last 24 hours, Paul "Tubby" Kushner has had both a blog from The Daily News' Dave Murphy dedicated to his honor and an interview with Angelo Cataldi on 610 WIP.

I cannot find a link to the podcast, but he indicated that the finds this to be funny, and plans on going to many games dressed in this catcher's attire.  Let's see how long this is funny. (Is it?)

During the interview with Cataldi, Kushner said he had a hard time getting through security during the first day.  He also revealed that he does not wear a cup, but may for the full effect after the encouragement of nearby fans.

Also during the interview, Kushner was eager to point out that he works at Kenny's on Street Road in Southampton.  So, tip him nicely next time you are there.

Apparently, Kushner regularly dresses up.  A Google search found this picture of Kushner on MySpace: 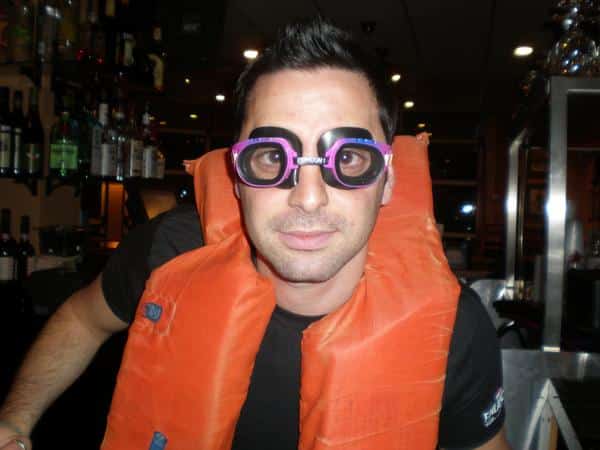