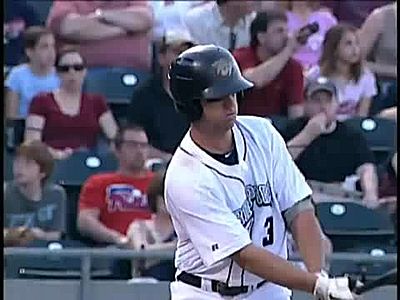 Well, I wrote this post about how fans should not freak out over the signing of infielder Kevin Frandsen to play the infield at AAA.  Now they should probably feel comfortable that he will not be coming to Philadelphia anytime soon.

According to Michael LoRe, Lehigh Valley IronPigs beat reporter, Frandsen has been handed a 50 game suspension for violating the league drug policy.

Frandsen has mostly played third base.  His spot on the roster, as LoRe notes, will be filled by Tagg Bozied, who has exeprience playing third base.

Frandsen is a lifetime .243 hitter in four seasons with the San Francisco Giants and one with the Los Angeles Angels of Anaheim.