What Would Ryan Madson Cost the Phillies in Free Agency? 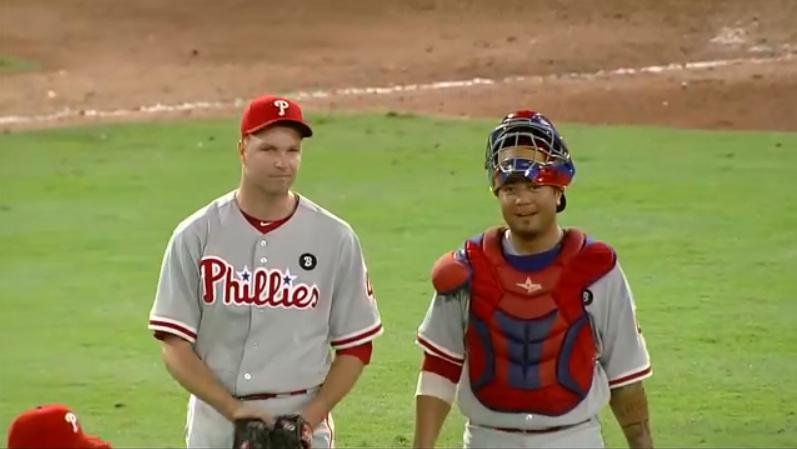 Last night's Phillies victory was closed out by Ryan Madson, who is 5 for 5 in save opportunities so far this season.

In fact, this morning on 610 WIP, Daily News columnist Bill Conlin said, "Madson will be closer for years to come."

After all the "no closer mentality" talk about Madson over the years, it finally appears that we can put that to rest with Madson's dominant start.   Conlin did indicate that Madson did have some grip issues in the past, where he would grip the ball too hard in high-pressure situations.

If indeed we can put this to rest, and if indeed Madson would stick around with the Phillies as a closer, what would they pay him?

Averaging $4 million a year or so, Madson was one of the better-paid set-up men in baseball.  His agent, Scott Boras, is notorious for getting every dollar out of a team.  In fact, that Madson did not go into free agency last time I found rather surprising.  How Boras plays this will indeed be interesting.

Last night, a friend texted me thinking that Madson could be signed for three years at $6-8 million per.   I think it will be a lot more than that.

This past offseason Boras client Rafael Soriano signed a three-year, $35 million contract to be the Yankees set-up man, with opt-out clauses after each year (which Boras will likely take should he have a good year and not take if he remains injured as he is now).   I hate to say it, but I think the conversation will begin with this Soriano contract.

Soriano was indeed a lights-out closer last season for the Tampa Bay Rays, and previously served as set-up man/closer plattoo with Mike Gonzalez while an Atlanta Brave.  If Madson serves as the Phillies' closer for the whole year and puts together a dominant season, why would Boras ask for anything else?

The one thing that could help the Phillies keep the cost down is that Jonathan Papelbon and Heath Bell will both hit free agency after the season.   Papelbon is earning $12 million this season, and Bell is earning $7.5 million.  This year is Brad Lidge's last year of a three-year, $36 million contract.  It would not be outrageous for the Phillies to spend that on the next closer.

Madson has stated that he wants to close and wants to remain a Phillie.  I guess the question is: is Madson worth the money, or should the Phillies go after a Heath Bell or Jonathan Papelbon?

My advice: lock Madson up now, even if that is the cost.  Madson's desire to stay could entice him to sign early as he did before, even despite Scott Boras.  Bell would be a good backup plan, but beyond Bell, the next tier that includes Papelbon is not that attractive.