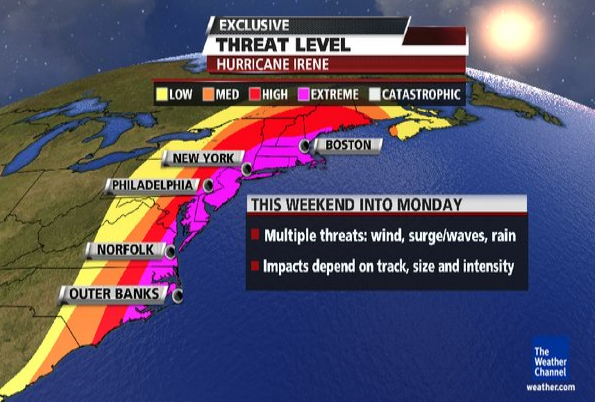 Weather.com (The Weather Channel) calls the threat "extreme" for Philadelphia.

With Hurricane Irene, on the way, the Phillies have announced that they will not attempt to play on Sunday, August 28th, but try a day-night double header on Saturday, August 27th, according to NBC 10's John Clark.

Kate Bilo of CBS 3 reports that the track of Hurricane Irene has shifted west, which is not good news for the Delaware Valley.   Govenor Christie has declared a State of Emergency for the State of New Jersey.

Phillies gameday employee and loyal Philliedelphia reader @ellejay8 reports that as a Phillies employee, she has not received word of any changes: