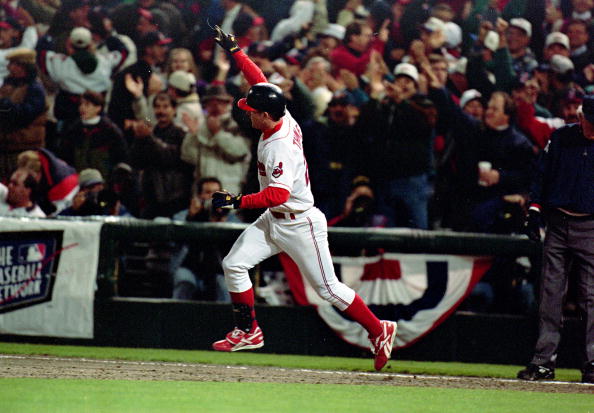 So, the Cleveland Indians have been awarded the waiver claim on Jim Thome.   It would be a great story, going back to where he started in Cleveland, no?

Well, not so fast.

Thome can reject the deal, and he may just opt to stay where he is.  Or the Twins could decide Thome deserves a chance to be a champion and simply let him go.

Thome reportedly prefers the Phillies, and to get him to the Phillies is not something people are happy about.

Talk of "circumventing" the waiver process and angering teams seems to out there as well, according to Rosenthal:

Thome, who holds a full no-trade clause, and can reject any deal. He prefers the Phillies to the Indians, one source said, but it’s doubtful he could circumvent the waiver process to land with Philadelphia.

Thome could decleare free agency if he is placed on trade waivers and a team he does not like claims him.    This is not circumventing anything; these are the rules.  If anything, Jim Thome's 20 seasons dedicated to the game of baseball have earned him the opportunity to do so.

Further, why would the Twins want to aid their division-rival Indians into making the playoffs?

Would Cleveland be a good match anyway?  Indians fan @unknowndrummer would be very upset at the reaquisition of Thome: 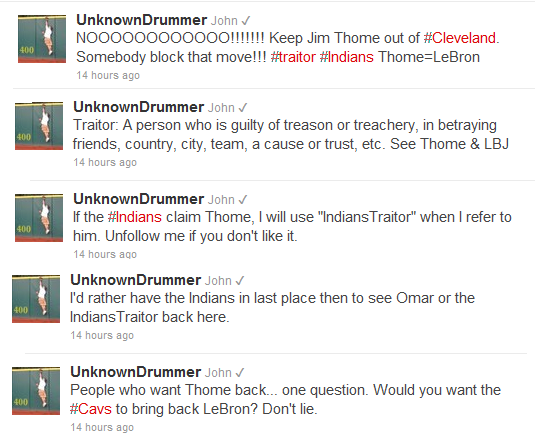 Thome has been booed every time back to Cleveland since signing with the Phillies.  Maybe he just won't want to go.

h/t to @hiphop_JORGE for introducing us to Unknown Drummer