Eagles Flyers Phillies Sixers About Us Write For Us
3 on 3 for the week of 12.11.2011
Whatchu Talkin' Bout, Willis? Someone Finally Confirms Shane Victorino's Implication: Phillies to Sign Dontrelle Willis

Phillies Trade Ben Francisco to the Blue Jays; I Have Yet Another Useless Jersey 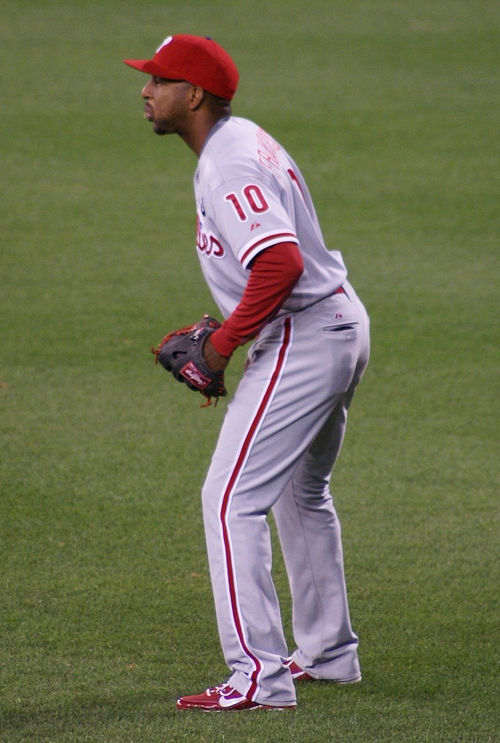 Ok, so maybe some of you could call my #10 Ben Francisco jersey useless already.

According to many reports, like this one from CSNPhilly, Ben Francisco has been traded to the Toronto Blue Jays for minor league relief pitcher Frank Gailey.  Gailey may just be minor league inventory.   The CSN report states that he is a graduate of Archbishop Carroll High School in Radnor, PA.

This is mainly to spare Francisco from being non-tendered.   What this does do is save the Phillies a couple million dollars and give them a slot for another right-handed outfielder.

It won't be Aaron Rowand, who could make the major league minimum, will it? 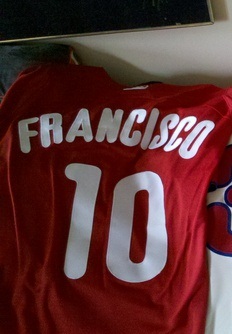 Hey, did you get rid of this already? If not was that $35 including the price to ship it? And what size is it?

For real? It's a size Large... if you want it, Philliedelphia @ gmail