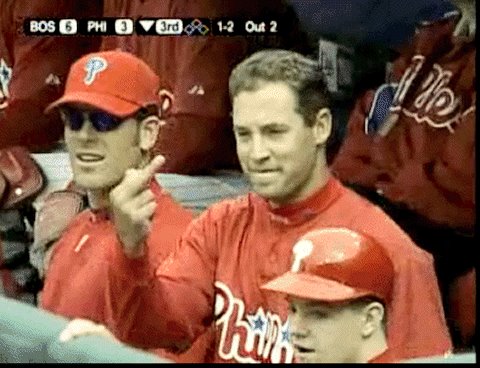 Thanks to @meechone who capped this pic for our enjoyment back in 2008.

Today, Pat "the Bat" will officially retire as a Phillie after he signs a one-day contract with the team he got his start from. There will be a nice ceremony before the game, he'll throw out the first pitch and most likely collect a standing ovation from the crowd. That's nice, for Burrell spent most of his career (2000-2008) with the Phillies as their everyday left fielder. Burrell was an important piece of the 2008 World Series team, but after that title run, Burrell moved on to playe for Tampa Bay and on to San Francisco where he won another World Series in 2010. It's going to be nice to see Pat "the Bat" tonight. I grew up as a kid watching him as my favorite Phillie – until Jim Thome came aboard.

I'm sure you've seen BirdText.com's "The Return of Pat Burrell" video, but check it out if you have not:

The Phillies proved last night that they finally may be headed in the right direction. With exceptions to their bullpen (i.e. Chad Qualls mostly), the Phillies have been hitting the ball of late and their starting pitching has been its usual self. 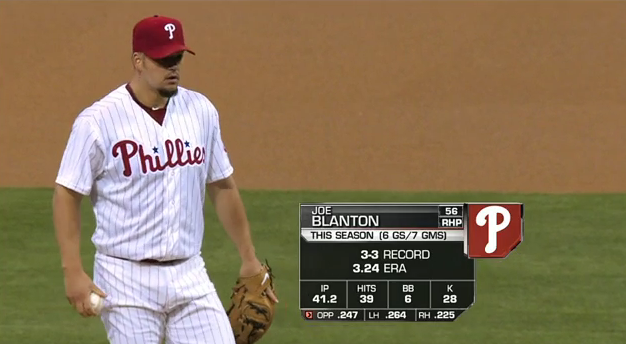 Tonight, Joe Blanton (4-3, 2.96 ERA) will seek to continue his unexpected dominance as he takes on the Red Sox in game two of three. Blanton has easily been one of the best pitchers for the Phillies this season. With all do respect to Roy Halladay and Cliff Lee (who don't get run support), Blanton gets it and he is able to shut down lineups. In his last outing, Blanton tossed seven strong innings of one-run ball against the Astros. Blanton allowed one earned run on 6 hits, walked oneand  struck out 7. In his last four starts, Blanton is is 3-0 with a 2.10 ERA. In his career against the Red Sox, he holds a 3-3 record and a 4.70 ERA.

The Red Sox will send out lefty Jon Lester (2-3, 3.71 ERA), who is coming off of his best start of the season. Lester tossed a complete game against the Mariners, allowing one run on six hits and one walk. Lester has a spotless record against the Phillies in his career. Tonight, he'll be making his fourth start at Citizens Bank Park. In his career Lester is 2-0 with a 0.43 against the Phillies. 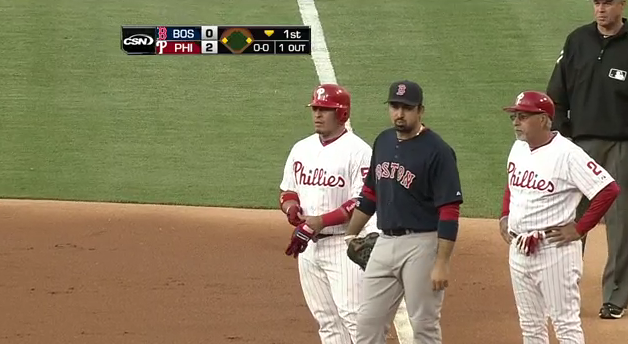 The Phillies are going to be faced with the task of handling Lester and if the bats are hot enough, they'll be able to do some work. With the red-hot bat of Carlos Ruiz, the Phillies are scoring with runners in scoring position. The Phillies' catcher is batting .371 with seven home runs and 29 RBIs in 36 games this season while slugging .621. Chooch went 2-for-3 with two RBI last night and on Thursday against the Cubs, Ruiz had the sixth four-hit game of his career. If Ruiz is not a shoe-in for the All-Star Game than there will be Hell to pay.

As for the pitching, the starters couldn't be any better, but the bullpen is still showing signs of distress. In two of their last four games, the Phillies have won by one run thanks to the bullpen. It's going to be hard to put a strain on the starting pitchers, going deep into games in fear of losing from the bullpen. There needs to be a shake up soon.

Jonathan Papelbon, however, has been outstanding so far. He closed out the game against his former team last night and earned bragging rights. We'll see tonight if he can get another shot. I'd like a Blanton to Papelbon connection tonight.