This is interesting.   The latest power rankings of MLB teams on SI.com lists the Phillies a stunning FIFTH in major league baseball.   Granted, they do not factor in the last two losses to the Washington Nationals, but if the Nationals really are that high – ranked second – , maybe it won't matter.

Also surprising – the Atlanta Braves with a .619 winning percentage are ranked three spots below the .500 Phillies.   The Braves dropped from fifth to eighth, and the only note given was high praise for Martin Prado who is having a great year.

Last week the Phillies were ranked eighth.  Apparently, the winning streak was enough to change their minds.  Of course, the Phillies are in the process of undoing what they gained with this putrid losing streak. 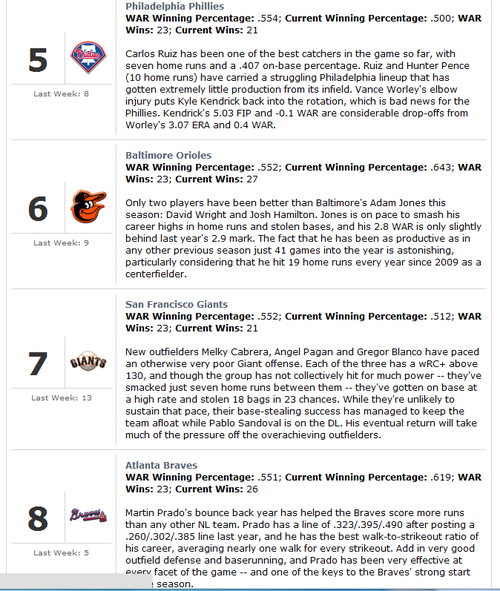