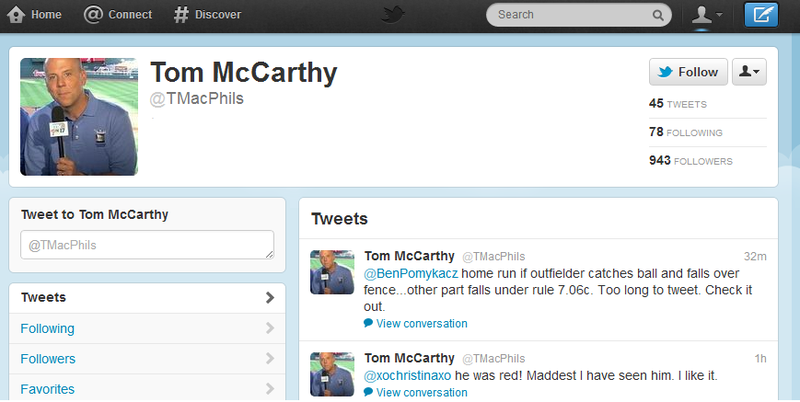 Well, the real Tom McCarthy is on Twitter, apparently at @TMacPhils.   And now he is actually tweeting.

The account first tweeted on February 21, but his identity is seemingly confirmed by a host on MLBNetwork, which sent tweets flying, our @xochristinaxo reports.

I wonder if he is familiar with @tommcarthyisms.

What are the odds people are nice to him?