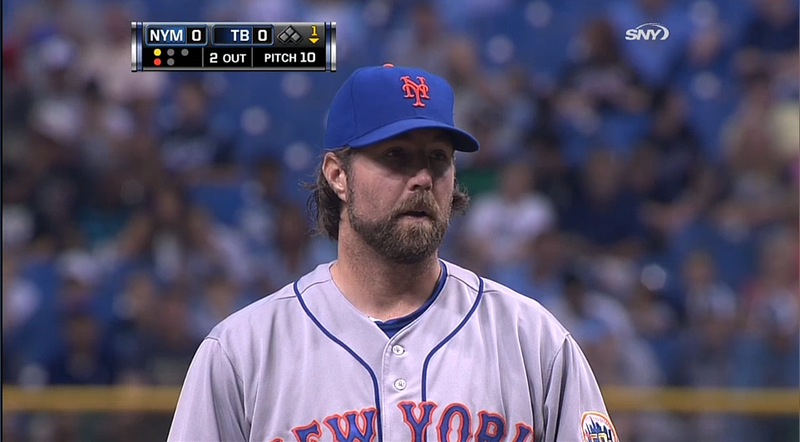 On the Tampa Bay Rays broadcast, they hailed the play as an infield hit accredited to the "speed and hustle" of Upton.

Today, the New York Mets have formally appealed that the infield single be changed to an error so that R.A. Dickey benefits from a no-hitter.  The move is pure hypocrisy.

Why?  As you may have noticed, a Carlos Beltran 6th inning hit in Johan Santana's no-hitter on June 1 that hit the chalk – making it a fair ball and a hit – was erroneously ruled foul by umpire Adrian Johnson.

You can see the chalk after the ball hits it below: 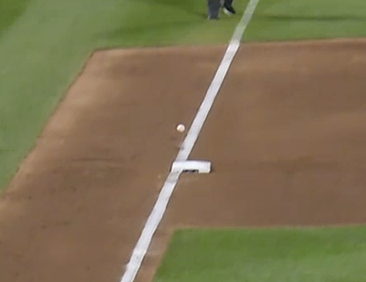 The play clearly would have resulted in a double.

I find it extremely arrogant that the New York Mets are appealing this decision to MLB.  If I were in the commissioner's office, I would indeed overturn the David Wright play.  But I would simultaneously overturn the Santana no-hitter.    The Mets cannot have it both ways: they cannot be the beneficiaries of a blown call and when it does not go their way complain.

If David Wright fielded the ball, would B.J. Upton have a hit?  I believe so. Watch the play here on MLB.com to see for yourself.