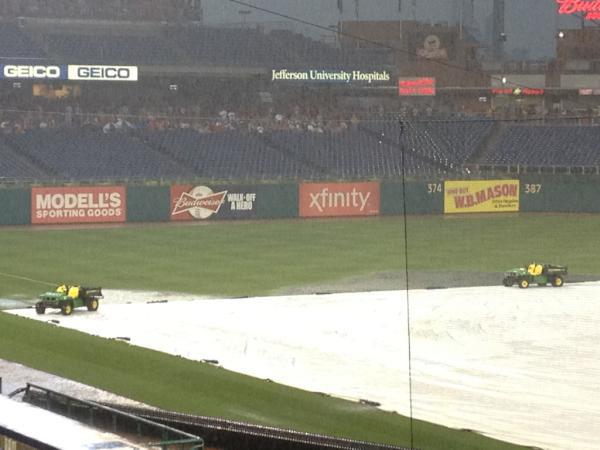 Well, it took almost three hours, but the Phillies have finally postponed tonight's game against the Tampa Bay Rays.  The game will be made up as part of a day-night doubleheader on Sunday.  The 1:35 p.m. game will be moved up to 1:05; the second game will be played at 6:36 p.m.  Tonight's tickets can be used at the 6:35 p.m. game.

At least the Phillies got in plenty of beer sales, parking spots, and hot dog sales.

Cliff Lee and James Shields both were doing pre-game warmups in anticipation of an 8:45 p.m. start.  A second line of storms rolled in and neither got to throw a pitch.   This could mean that neither will not start tomorrow.

This also means that the Phillies will need another starter for Wednesday.