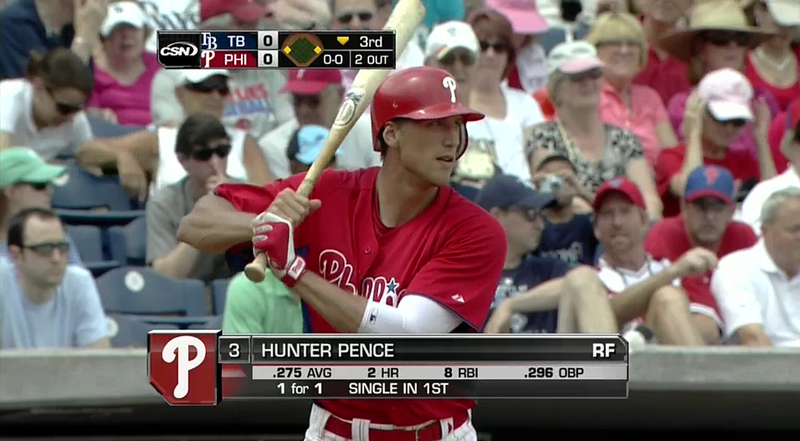 Remember the Sunday night report that everyone was calling "fake?"  It appears it was accurate, and now an agreement is in place that would send Hunter Pence to the San Francisco Giants, CBS's Jon Heyman reports.

So when CBS San Francisco's Dennis O'Donnell reported that the two teams had a deal in place, pending ownership approval, he was not wrong.

Thanks to Ruben Amaro sending his other outfielder to the Los Angeles Dodgers, who also aquired reliever Brandon League and third baseman Hanlery Ramirez, the pressure was on for the Giants to make a move.

Duquette also said that the Dodgers' General Manager Ned Coletti was told by ownership to "forget money - get better".

Thanks to the Dodgers, the Giants had to act.  And it appears they have in the form of Hunter Pence.

It remains to be seen who the Phillies get in return, but the catcher Tommy Joseph mentioned by O'Donnell late Sunday seems to be a good bet.

UPDATE: No OF Gary Brown, 1B Brandon Belt, or RHP Kyle Crick, Jayson Stark reports.  Joseph seems to be confirmed to be in the deal.   My best guess says OF Francisco Perguero is in.

UPDATE: Nate Schierholtz is in the deal