Even After a Shane Victorino Trade, the Phillies Could Still Trade Hunter Pence to the Giants 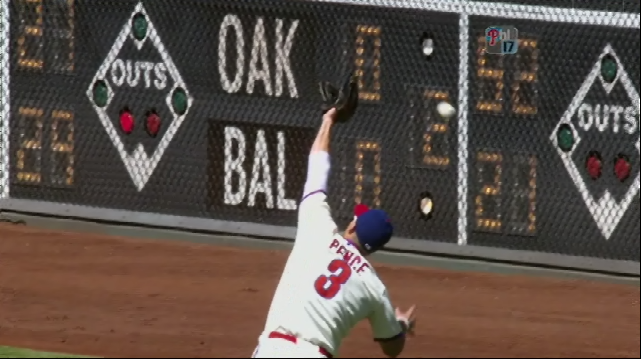 Even though the Phillies appear to have sent Shane Victorino to the Los Angeles Dodgers, Hunter Pence could still be on the move.

According to CSN Philly's Jim Salisbury, Hunter Pence could still go to the San Francisco Giants: 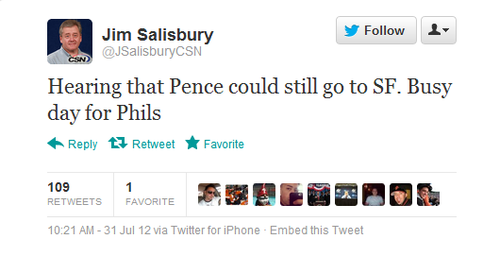 The Dodgers and Giants are close in the standings and the flurry of moves by the Dodgers must be disconcerting for the Giants.  Further, outfielder Nate Schierholtz reportedly requested a trade from the Giants, saying later that he did not "formally" request a trade.  OK – so he tells someone "get me out of here" but does not put it in writing through his agent.

Now, ESPN's Jayson Stark seemed to think the Phillies would be out of the mode of trading Hunter Pence: 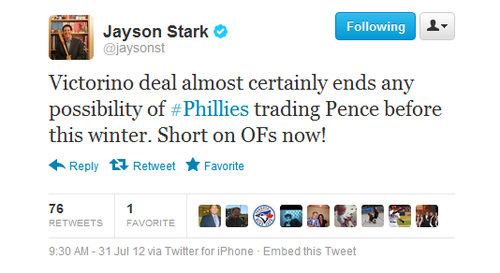 By my count, the Phillies have plenty of people who can play the outfield:

The Phillies aren't contending for anything this year, so it really does not matter who finishes out the year as long as Domonic Brown gets the opportunity to play each day without worrying that he is in the lineup.

Plus, a trade of Pence could get the Phillies Schierholtz back or prospect Gary Brown, both outfielders.   Hell, even Ty Wigginton played 27 games in the outfield last year alone.  They will be just fine.

So, Pence could go still.  "Penceifornia" doesn't have the same ring to it, though.