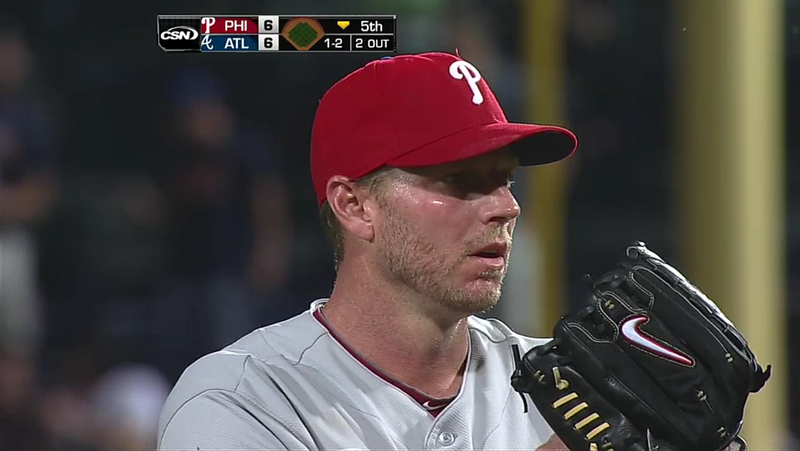 That is what the Phillies fans are screaming tonight.  (Well, the ones that are able to stay up until 10:10 p.m. Eastern Daylight Time.)   Roy Halladay makes his much-anticipated return to the Phillies rotation tonight AND Kyle Kendrick is officially a member of the bullpen and a sizeable improvement over Brian "Dirty" Sanches who was sent to AAA Lehigh Valley and outrighted off of the 40-man roster.

Halladay is facing the Dodgers'… who?  As of last night the Dodgers had no idea who would start.  Apparently it is someone named Stephen Fife.  Dodgers.com tells me that Fife was 7-5 in AAA with a 4.53 ERA in 18 starts.  He is 6'3, wears some really old school glasses, and throws righthanded.  This is Fife's major league debut.  The Dodgers acquired him from the Chicago White Sox last season.  Fife was a 2011 Eastern League all-star.

The Phillies very-lefthanded lineup should present a good challenge.   Last night Ryan Howard hit his first home run back with the Phillies, so that should be a good sign going forward.  The big question though, is how many innings Halladay will pitch.   His rehab outing in Class A Clearwater was not a long one and he has not pitched in a while.

The lineup is the same as yesterday.  Shane Victorino has been hot the last few days, with three triples in four days.  The Phillies' top trade candidate has been having the worst season of his Phillies career.  This is a key stretch in his career as he looks to either boost his trade value or value to the Phillies.