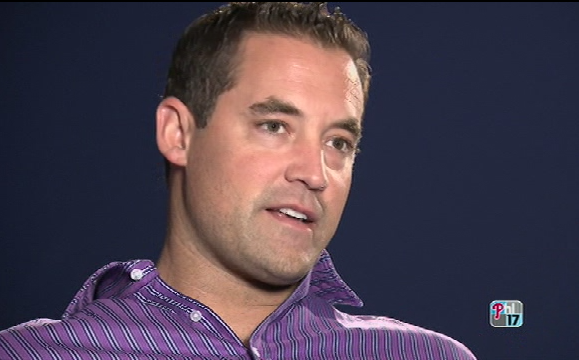 You cannot make this up:  According to CBS Sports columnist Jon Heyman himself, Pat Burrell and he almost got into a physical altercation.   Heyman tweeted a thank you to former major leaguer and MLB Network host Kevin Millar for coming to his aid.   Deadspin identifies the other as MLB public relations employee Mike Teevs. 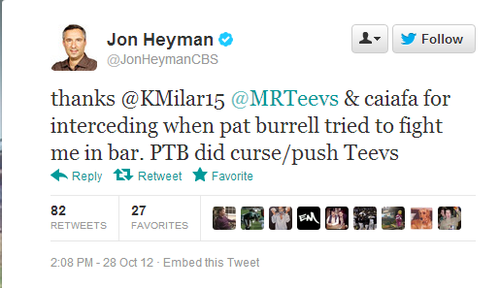 Heyman is no physical threat, and I am skeptical he would be the aggressor here.    But check out some of Heyman's followup comments, which elicited a couple of other reports from those who have seen Burrell around before: 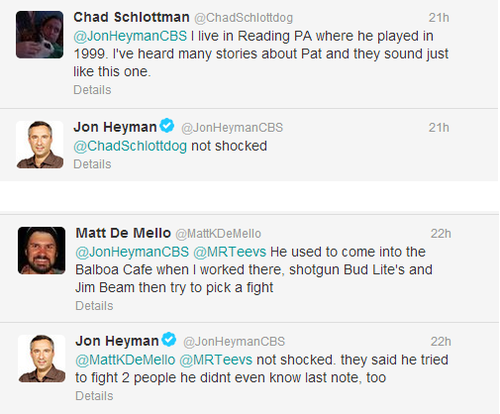 One would think Burrell would calm down with age.  This cannot help his second career as a scout for the San Francisco Giants.   Or maybe it helps: lots of San Francisco was rioting last night.  I guess this is hardly different.

Pat the Bat can do what and who as he pleases. This includes your wife and daughter.