Eagles Flyers Phillies Sixers About Us Write For Us
Reports Continue to Surface that Michael Vick Could Be Out as Eagles Quarterback; Nick Foles to Start
Phillies Buy Out Infielder Placido Polanco 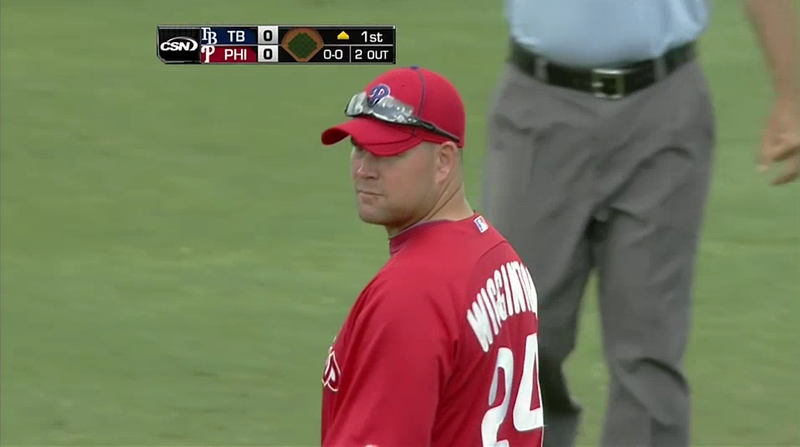 The Phillies are making moves in the middle of Hurricane Sandy.  This is because the day after the World Series represents the first day of free agency.   Though not much of a surprise, the Phillies have declined their contract options for infielder Ty Wigginton and relief pitcher Jose Contreras, reports Phillies.com's Todd Zolecki.  Each player will get $500,000 to go away.

Contreras' career may be over.  Allegedly turning 41 on December 6th and coming off injury after injury, Contreras may have trouble finding a team to play for.  In November of 2010, the Phillies sigend Contreras to a $5.5 million, two-year contract extension.   He has not had much to show for it, making just 17 appearances in 2011 and again 17 appearances in 2012.     This followed a 67-appearance season in 2010 where Contreras went 6-4 with a 3.34 ERA.

Wigginton was acquired in an offseason trade with the Colorado Rockies.  Wigginton earned $4 million in 2012, with the Rockies footing the bill for half of it.  The Phillies acquired Wigginton to help out in Chase Utley and Ryan Howard's absence, as well as help out occasionally at third base.  Wigginton proved in Spring Training that second base was a bad idea.  We learned regularly that Ty Wigginton at third base was also a poor choice.  So, picking up Wigginton's $4 million option for 2013 would have been an even worse choice.  Wigginton hit just .235 for the Phillies in 2012.

The Phillies likely will use Kevin Frandsen and/or Freddy Galvis to replace Wigginton, and the Phillies have a large supply of young relievers to help take Contreras' spot in the Phillies' bullpen.