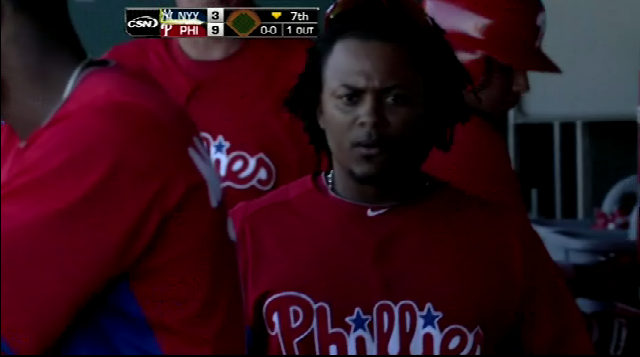 David Herndon was not the only recent Rule 5 draft pick by the Phillies to be removed from the 40-man roster.  Today the Phillies also outrighted Michael Martinez to AAA, reports Todd Zolecki.  Unlike David Herndon who was claimed off of waivers, Martinez was not claimed and will remain Phillies property and likely be inventory at AAA.

Heading into the offseason, Martinez finds himself behind Kevin Frandsen and Freddy Galvis as utility infielders.  The Phillies likely will add another infielder who can help at third base.

In two seasons since being taken in the Rule 5 draft from the Washington Nationals, Martinez has hit .188 in 324 at bats.   Martinez has played shortstop, third base, second base, left field, center field, and right field for the Phillies.