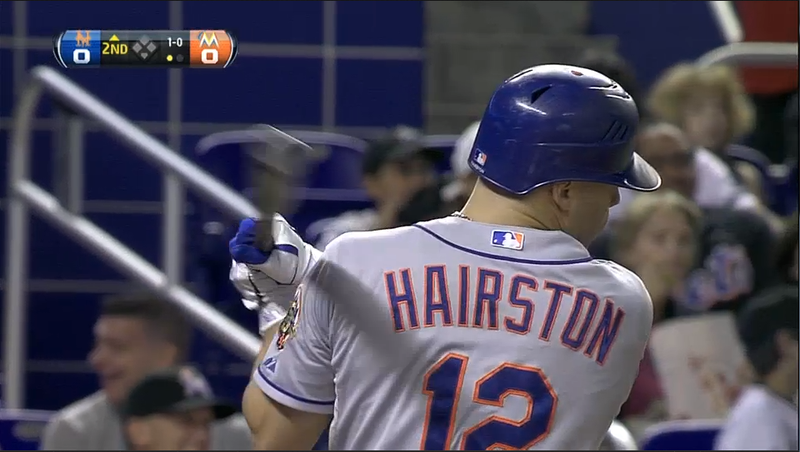 The Phillies appear to have given up on the idea of getting an acutal starting outfielder with power and have gone to some last restorts.  The latest from CSNPhilly's Jim Salisbury seems to indicate that the Phillies do not wish to even pay the price of a Cody Ross and are moving on to even more inferior options.  Salisbury writes:

According to sources, Amaro is considering multiple possibilities -- including free agent Scott Hairston and trade candidate Vernon Wells -- and it’s possible that something could pop during the Holidays.

Scott Hairston is a nice player.  I would love to have him as a backup right-handed outfielder on my good team.  The problem is that the Phillies don't have a starting outfield and Hairston will end up playing entirely too much.

In 2012 Hairston played entirely too much because he was on a bad Mets team and hit .263 with 20 home runs (most of which seemed to come against the Phillies) in 377 at bats.   I do not think the Phillies would start Hairston, but he would end up in a plattoon with either Domonic Brown or Laynce N ix.

Vernon Wells was a recipient of the cursed seven year, $126 million deals that have provided underwhelming results for the teams that signed players to these terms, alongside Barry Zito of the Giants and Jayson Werth of the Nationals.  After a  32 home run, 40 double, 106 RBI 2006 the Toronto Blue Jays signed Wells to that seven year monster deal.   He proceeded to underwhelm, but for some reason the Los Angeles Angels of Anaheim decided to take on the contract.   Wells has hit .211 and .245 in his two seasons in Anaheim.

Could he contribute something to the Phillies?  I suppose there is a chance, but there's also a chance he would be the player that caused the Angels to carry him as a $21 million bench player.  The Angels blog Halo Hangout says that the Angels need to trade Wells "while they can" and that the Angels would expect to pay $36 million of the $42 million owed, meaning that Wells would be a $3 million per year gamble.    Wells could be a worthwhile gamble if the Phillies had two starters in the outfield, but Ben Revere is the only sure bet.

Some argue for giving chances to Darin Ruf and Domonic Brown, adding either player probably knocks one of the two or backup infielder Freddy Galvis off of the major league roster.   I think the Phillies probably need both Galvis and Frandsen available for late innings defense at third base and to back up Chase Utley who will require some rest.

At this point, I would just say the Phillies should just forget their outfield and stick with what they have.  This is getting silly.

Dont trade away more prospects for Wells. that is stupid. Sign Hairston. We gave away enough prospects and Wells sucks.

gmopro - I don't think Wells really cost anything in prospects. Essentially would be a straight dump by the Angels.