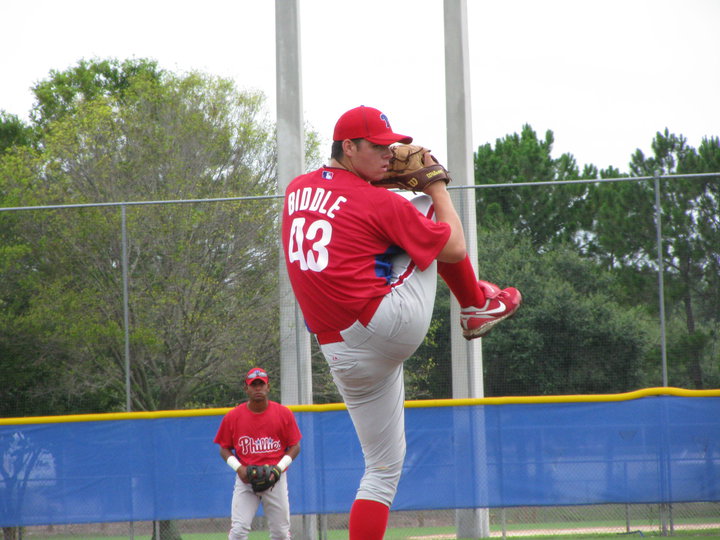 Biddle had two very impressive outings in the last week.  The first was a 16-strikeout performance on Monday, April 22 against the Harrisburg Senators.   Biddle followed that up with a 10-strikeout performance his next outing, in which he pitched six innings.   All in all during last week, he was 1-0 with a 0.00 ERA and 26 strikeouts.   That's a pretty decent week.

The closest a minor leaguer has come to that 16 strikeout total in a game was both Adam Walker and Randy Wolf, who struck out 13 in starts in 2001 and 1999, respectively.  Of the two, Randy Wolf would go on to pitch in the major leagues from 1999 to 2012.  After being cut by the Milwaukee Brewers last season, Wolf has yet to find a job.

This news is certainly encouraging to the Phillies, who could be facing a rebuilding after this season, or even during this season, should the team not be in contention by the trade deadline.